Retro Review: Blackberry Bold 9700- Released in 2009, the Bold 9700 was my replacement for my Bold 9000, and my second Blackberry device. After being smitten with the Bold 9000’s amazing keyboard, I absolutely wanted to continue on with the messaging experience with the next Bold iteration. At the time of purchase, I was debating the Sony Ericsson Xperia X10, the first SE Android phone, or the 9700. It was a tough battle. The X10 had a much larger screen with touch, and Android was making waves. At the time, Blackberry was still a strong name and I didn’t feel that tied down to apps (the biggest difference with other smartphones). I also didn’t want to let go on the physical keyboard experience. In the end I picked the pearl white 9700 and ran it into the ground until I could no longer tolerate its shortcomings (ok it wasn’t that bad). The following is my IRL (In Real Life) review of the Bold 9700.

Design: The Bold 9700 is a drastic change from the Bold 9000- it has a 2.44 inch screen from the 2.6 inch screen on the Bold 9000- it seems small, but in person its big. It had a smaller footprint and was easier to hold in one hand. The entire phone is made of plastic, with a leatherette battery cover. I quite liked tbe look of the phone. It has a nice pearly white finish, that is a tad feminine but unique compared to other white phones that are more pure white. It also had a memory card slot, so that was nice. Compared to current trends to push that slot away, like on the Galaxy S6 and Nexus devices, its nice to still have expandable memory. There were a lot of physical buttons on this phone- camera short cut, convenience button, media keys and lock button. This was really nice if you used an app to map these keys out and make shortcuts. Its something I certainly miss in modern smartphones. 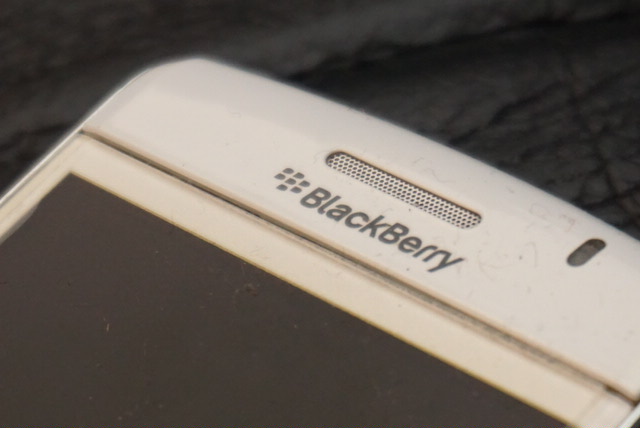 Call Quality and Reception: I had no problems with call quality and reception- it was a non issue for me. I don’t have hard numbers or tests, but it certainly did its job without causing any memorable issues for me. 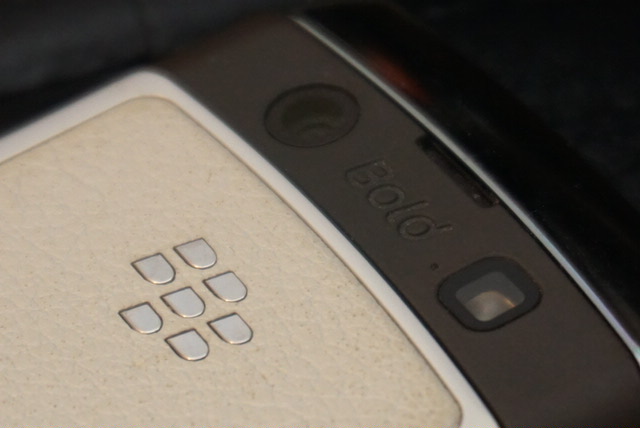 Camera: I found the camera to be pretty typical for any camera phone of its time- it had a 3.2 MP camera with autofocus. It seems weird to specify that it had AF, but later iterations of BBs would have fixed EDOF cameras with locked focus. Regardless, I found the quality to be ok- I would never have used it to shoot outings- only for quick snaps to share. Compared to modern cameraphones, the quality was washed out, lacked depth of field and critical sharpness. Obviously I didn’t use the camera that much.

Battery life: The good old days when batteries were easily replaced! I used to carry a spare battery with me. It used the same battery as the Bold 9000 despite being much smaller in size. The battery to phone ratio was good and reflective of what modern smartphones are pushing for. Regardless, it was just a 1500 mah battery, compared to the 3000 mah batteries of typical big screen phones these days. 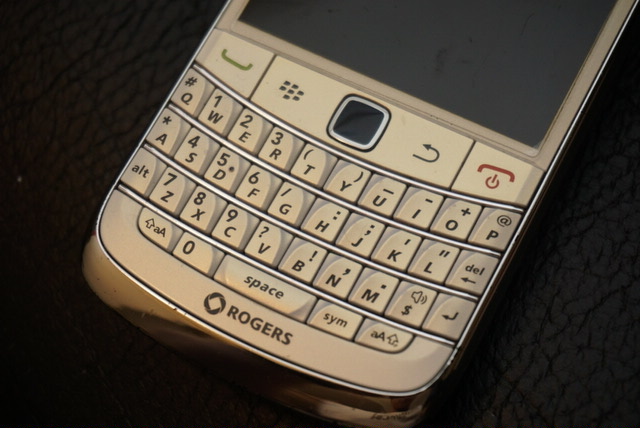 Keyboard: Surprisingly I didn’t really like this keyboard that much. Compared to the Bold 9000, the keyboard felt cramped and I made more typos than before. Compared to my usage today with SwiftKey on Android, I totally hate this keyboard! I’m used to software keyboards now, as are most consumers, and the physical keyboard is a harder argument these days. More alarmingly, for me, I never got used to this keyboard. When I switched to the Bold 9900, it was instant relief. I guess they did an excellent job with making a keyboard in a small sized phone like this. 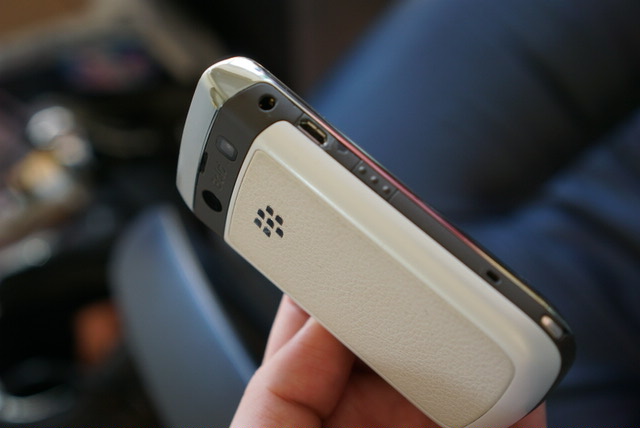 Media: I actually never used this much for media, including music, photos and video. The screen was too small for me to enjoy video and I never got into YouTube until I switched to Android years later. Music quality was ok with headphones but it lacked the clarity my dedicated DAPs had. Typically I would use an iPod touch for music and the Blackberry for communication. Pictures were ok- the display was a nice colored design with wide viewing angles and good sharpness. However, you just can’t get into the image with such a small screen. I absolutely loved the physical media controls on the phone though- listening to music on it was easy because of this. I hated that the phone would still play music through these controls even if it was locked. That meant that you had to turn the media volume to zero when locking it, otherwise you could turn on the play button in your pocket and make yourself an embarassing musical mess (an issue when I was teaching!). Finally, the speakerphone on this was really meh- it was a huge let down from the stereo speakers in the Bold 9000. It was low in volume and oomf, and it was bottom firing. I felt the Bold 9700 was a step down in this department.

Build Quality and Handling: I liked that the phone was easily handled with one hand- I had minimal worries of dropping this phone because it was so secure in my grip. The keys were all easily reachable with one hand, a nice advantage for small phones. Build quality, despite being all plastic, was quite good. I dropped this phone several times without issue. The paint didn’t chip, but the soft rubber sides did lose some of their coating. Generally, it was a nice phone to hold and handle, but it lacked the critical premium feel that a flagship phone should have.

Usage: I hated this phone towards the end of its life. I realized that even simple things like having the camera open and music playing was causing lag in the system. Why was this? 624 Mhz processor and 256 mb of RAM. I had to use an app to force close other apps to free up precious RAM. I wasn’t using any huge apps either. I can’t recall what other competitor’s specs were at the time CPU/.RAM wise, but I do remember being really excited when 1GB of RAM and 1 GHz CPUs came out. In todays modern age, the specs absolutely are shot in the face. I.e. dual and quad core devices with 3GB of RAM. (Or octacore CPUs!). Considering I was just using stock apps, it was really annoying.

Conclusion: The Bold 9700 was an oddball phone- it didn’t clearly trump its predecessor in specs, despite being a flagship. I liked its pearl white finish that never came back in the BB line up, and I like the handling of the phone. I liked its durability, although I wished the phone felt more premium. I liked its solid call quality and reception. I thought its use as a media device was poor, and I thought its overall use was poor because of the weak CPU and RAM. I was incredibly excited to upgrade to a 1Ghz and 1GB RAM phone in the 9900. Considering that BB’s OS is really lean and low in hardware requirements, and it has zero apps, poor software performance is kind of not excusable. Would I get it again? Probably not. I would have jumped straight to Android, if I knew where I would be today, and not tried to drag out a long slow painful love hate relationship with Blackberry. I mean what was most damning about this phone was that I never liked its keyboard like I did with the 9000 and 9900. I didn’t like the MOST important thing about a Blackberry! Geeze.