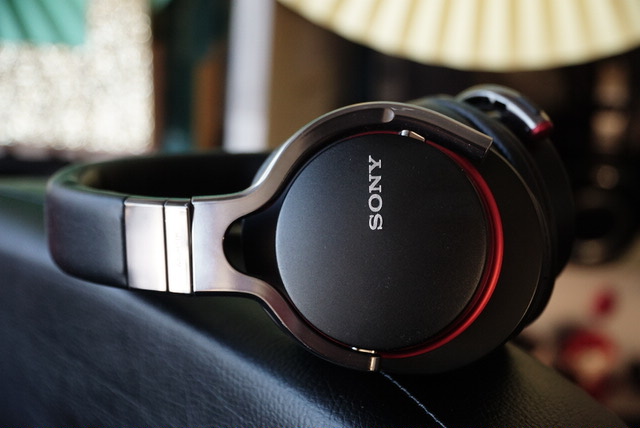 Sony MDR-1R Mark I Headphone IRL Review – The 1r (for short) is a midrangish (sitting around 349 CDN when originally released) headphone that was released after Sony being absent from the high end market for some time. Prior to this, it had the following; the MDR-MA900, an open headphone that had some praise but universal acclaim for audiophiles; the MDR-SAX000 Series that was acclaimed by many but not quite on the level of the flagships it was gunning against like the Sennheisser HD800; the MDR-CD3000 that was long discontinued at that point but well well received amongst audiophiles; and the Qualia 010 that was pretty much unreachable by most people (goes for 5000USD used now typically when it pops up). Basically, Sony had big boots to fill, and boots that weren’t really being filled in the first place. A look at Head-Fi shows quite polarizing view of most Sony products. Very few reach the legendary status of being universally acclaimed to sit amongst Stax, Fostex, Audeze…etc. In fact, I can only think of the MDR-R10 and MDR-CD3000 being there. So after being absent for some time, it was very exciting to hear that Sony was entering the high end market again with the MDR-1R series. Surprisingly, it was a 300 dollar headphone, rather than a flagship costing headphone near the 1000 dollar mark. Did Sony hit the mark? Read on in my IRL review.

Design- Honestly I think Sony nailed it out the park with this one. Its a clean modern design that looks great on almost anybody- you can dress it up or dress it down. While I don’t like the fact that just the cups are metal (likely aluminum, not magnesium), they still feel really good. Most of the headphone is plastic or fake leather. While I normally hate fake leather, this is actually a great material they have used here- it still feels soft and supple despite being artificial. The plastic parts do feel a little cheap but not unbearably so, like on the X10 headphone previously reviewed. I love the black and red accents- like I said in the XBA-H3 review, while Beats may have nailed it with the black and red color scheme, sony really sells it well here without being Beats like at all. I love the tiny accents everywhere. Even the headphone cable feels great- the non-remote cable even has an alumnium jack. Just really really solid looking overall. I would have no problem wearing these to the office. Also, I like that the cable is removable. This just makes life easier. I actually like the cable so much I use it with my other headphones. Its a nice cylindrical cable with ridges to prevent cabling- its a nice balance of firm but not wire hard, and soft but not flimsy/tangled in everything design. 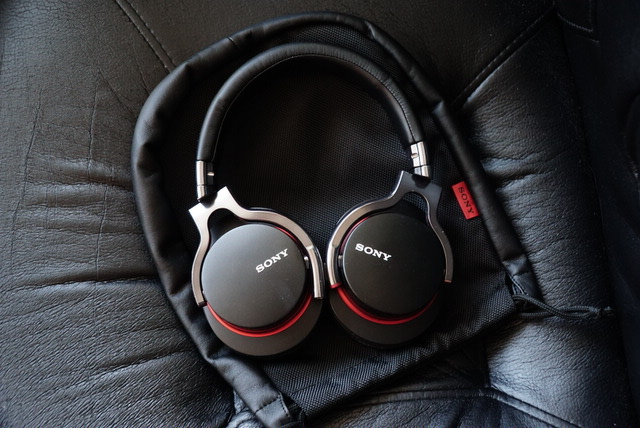 Build Quality- Its good. Its definitely premium. The hinge joints move with a dampened feel you expect on a 300 dollar plus headphone. The fake leather head band and pads are supple and gentle on the ears and feel fantastic. The metal…is metal. However, being metal is not good enough to be premium. The Nixon MasterBlaster is a metal and real leather headphone that doesn’t feel premium. This metal cup feels great on the 1R. I do find the plastic chrome chips easy though, and that’s a bit of a disappointment for sure. I also like the carrying case it comes with- while its cloth and fake leather, it feels great on the hands. Everything is smooth when you slide it in. Nice. Overall, its a good build in headphone quality but its not on the level of the Sony MDR-Z7. And perhaps this was the biggest confusion when it was released- it was good looking but not that good. It just was not the super flagship that most people were expecting when Sony came back to the audio game. And so, in retrospect it was probably more of a Beats Studio alternative, than a true audiophile flagship competitor (something that we see in the Sony MDR-Z7 now)

Sound isolation and comfort – This doesn’t isolate sound well really. I would not buy this to drown out sound. Its meant for easy listening maybe on a couch or quiet coffee shop, not a loud commute or on the plane. You can see the semi-closed nature in the port above. That means you don’t want this if you are in a noisy environment. In terms of comfort, this is fantastic. Just super gentle on the head, with pads just thick enough to sink into. However, it is still firm enough to grip without feeling like it is going to fall off. This is a headphone you can wear a long time without needing to take it off out of ear clamping pain pressure. You could wear glasses with this easily.

Sound Quality- The big old important question. The 40mm driver units are actually angled here and dont directly fire into your ears directly. You can see the structure clearly here. They are made of a lquid crystal polymer film that has much hoopla but I forgot why. This is different from the much hyped MDR-E888 earphones that had bio-cellulose film that was made from bacteria. So enough of that. These sounds good. They are not audiophile headphones. Let’s get that out of the way. They won’t be replacing your reference headphones in this price range like the Shure SRH840. They just don’t have that kind of detail or soundstage. What they do have is the unique ability to smooth out rough edges in the music, so that even poor recordings can sound good (particularly emphasizing poor recordings vs. poor bitrate). On some headphones like the Beyerdynamic DT1350, poor recordings sound awful (like Bush’s sixteen stone album). This makes it fun to listen to, with just enough bass, midrange and treble to make it a fun headphone. I feel like this is a copout in sound quality in a lot of my reviews, by saying its a fun headphone. It really is though. Its not a headphone that you have to be picky about the genre or quality of recording like the MDR-SA3000 is. You can pick up anything and just relax to it. However, if you were looking for an audiophile king, its a definite no. Things are just too loose here, particularly the bass. It just lacks that hard clean thump that the MDR-Z7 and XBA-H3 have. Its definitely in the same sound family as those headphones- it just so happens they manage to maintain the smoothness across genres characteristics but add in details and soundstage as well. And you don’t need an amp for these. I really don’t think these benefit from an amp, and they run just fine out of a portable source like an iPod. Which is what they are marketed to- mainstream consumers who aren’t as picky.

The new MDR-1A supposedly fixes things with an aluminum diaphragm, but TBH I never bothered listening to them once I picked up the Z7. Interestingly, the newest model, the Hear.On headphone has a titanium coated diaphragm and is priced cheaper than both MDR-1X models. Haven’t heard these ones yet. As well, there actually is an MDR-1R Mark II that was released in Asia but not in North America (I believe). It supposedly tightened up things a bit like the bass and kept the same design overall. I haven’t heard these before and possibly will never hear these considering their limited release 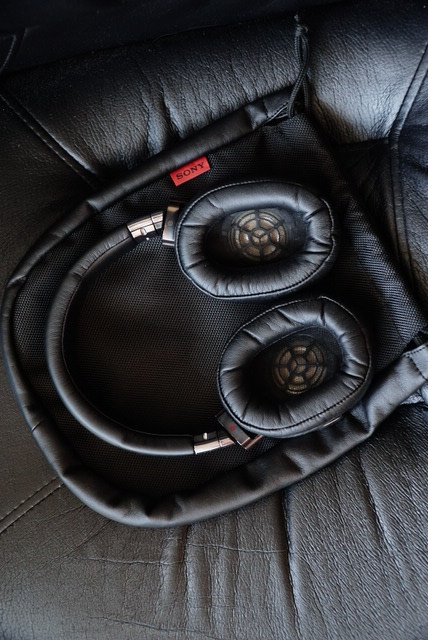 Conclusion– so who is the MDR-1R for? Its for the mainstream public to pick up a nice looking headphone that offers good sound as an alternative to Beats Studios. Its a lifestyle headphone for sure, rather than an audiophile headphone (despite what the HIGH RESOLUTION AUDIO stickers might be screaming at you on the box). And for that I think they are great. They look good with almost any get up, they feel fantastic, and they offer good enough sound that you can enjoy them without having to worry about matching an appropriate source/amp/music genre/recording quality. I like them. If I lost them, I would buy them again. Just to have a bit of comfort food for my ears when they don’t need to be subjected to high maintenance cans like the MDR-SA3000. Although I would like to try the newer MDR-1A’s aluminum diaphragms.

TLDR- Pros- Great design, good build quality, good sound for a wide range of music; Cons- Definitely not a premium class headphone as it seemed to be marketed as, not for audiophiles