BBQ with good family and friends ; it was perfect weather for that today; cool wind, bright warm early evening sun, and some tree shade to keep everything cool. Really good meats overall and company. 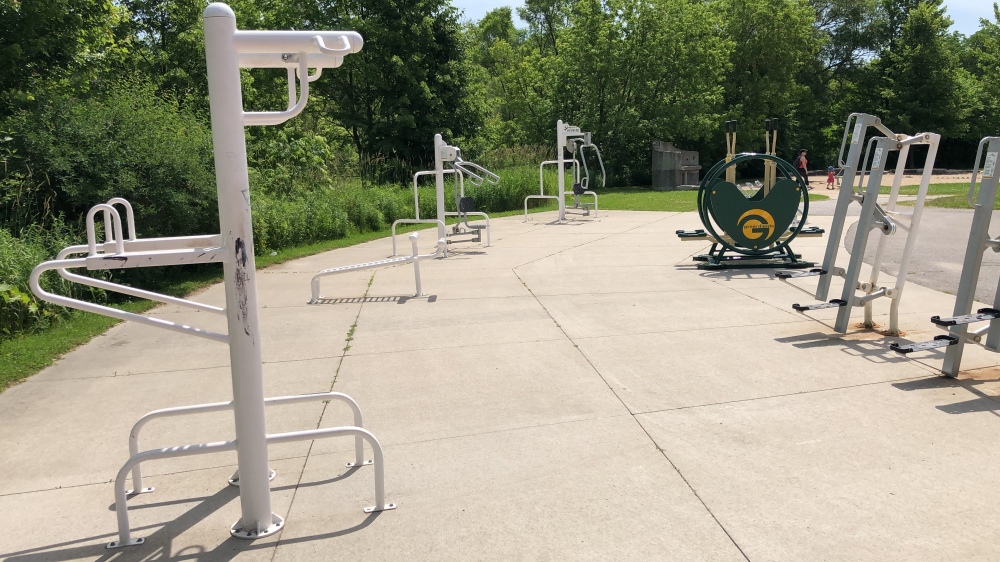 This is the initially exciting park that had a bunch f exercise equipment for the public; alas it was mostly crap; the bench press and arm pull down machine were barely 20 lbs of resistance probably. But neat I guess. The pull up and dip machine were ok though I guess. Wearing a tank top and having the rich afternoon sun beaming down was nice though. Any slight movements though resulted in me breaking out in sweat. 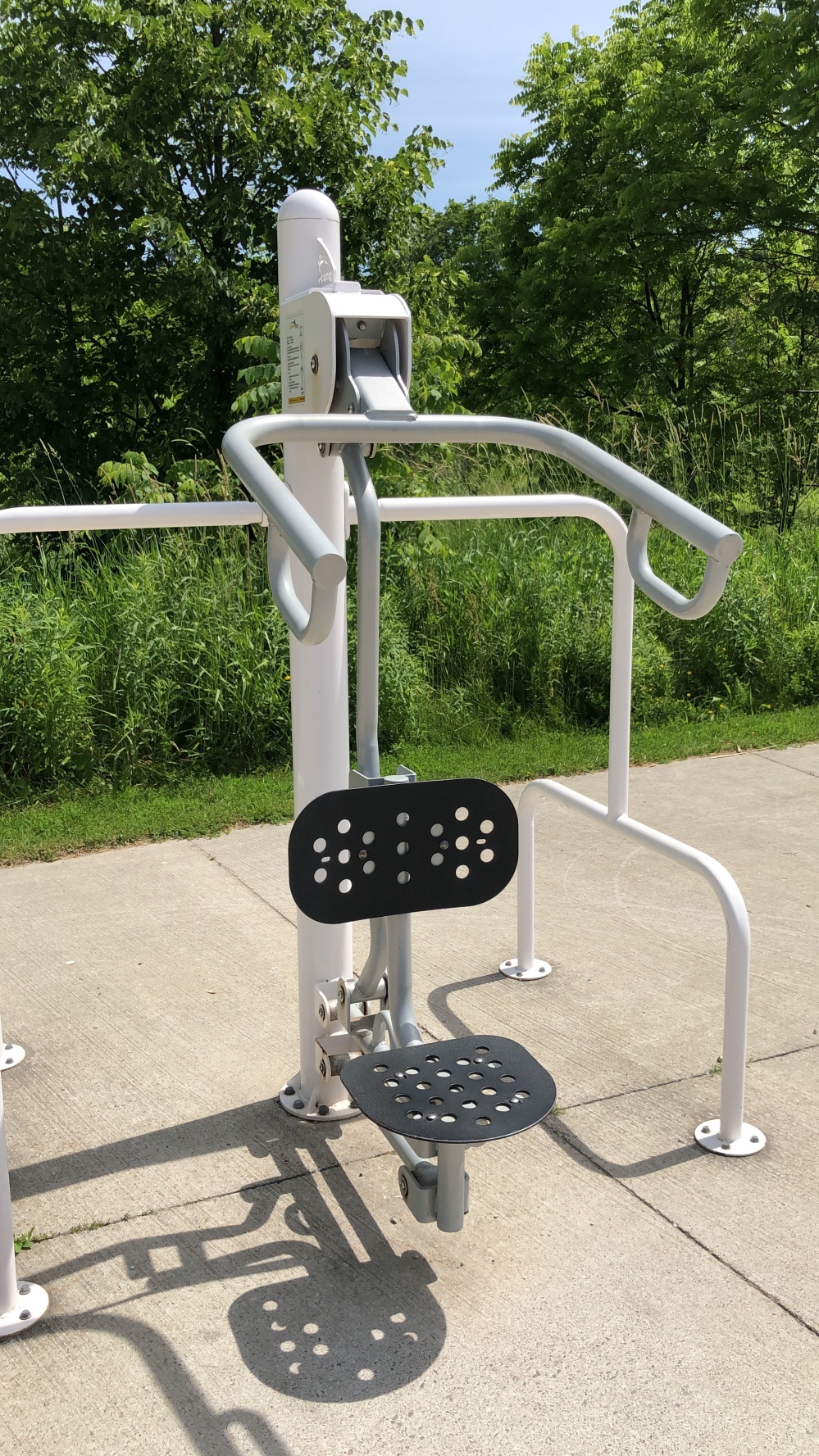 Trying on different colored materials at Indochino for O’s wedding; this was pretty neat seeing the different styles to choose from.

First wedding of the trip; pretty decent food- the appetizers were amazing; really loved the bacon scallops, oyster something, and a bunch of other stuff I don’t remember; but the mains were sort of meh compared to the appetizers; the steak could have used a bit more oomph to them flavor wise; or maybe the appys were just too good and I was too full. 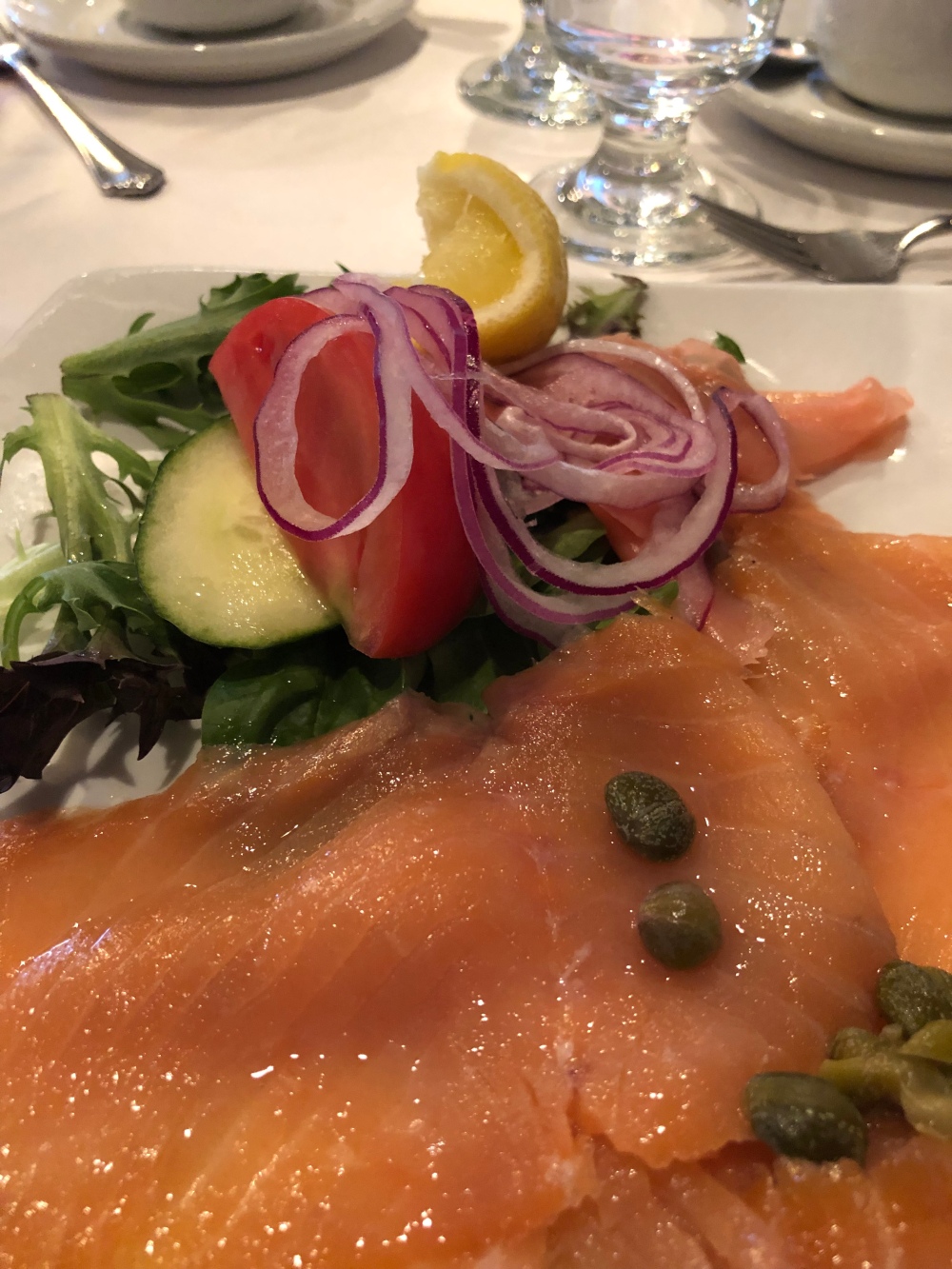 Walking around downtown Toronto; pretty fun meeting up with O and J and just doing my own thing with no car. It was bloody hot though; I can’t imagine commuting in a full on suit; I was wearing my summer lights and dying here. The bay is super slick downtown; really big fan of the multi levels; ended up in Holt Renfrew and way passed my budget; found my tie clip and lapel flower at Le Chateau instead.

The Go Train downtown from Newmarket is ridiculous fast; and stress free; really enjoyed my ride there instead of trying to beat traffic and navigate everything by car. 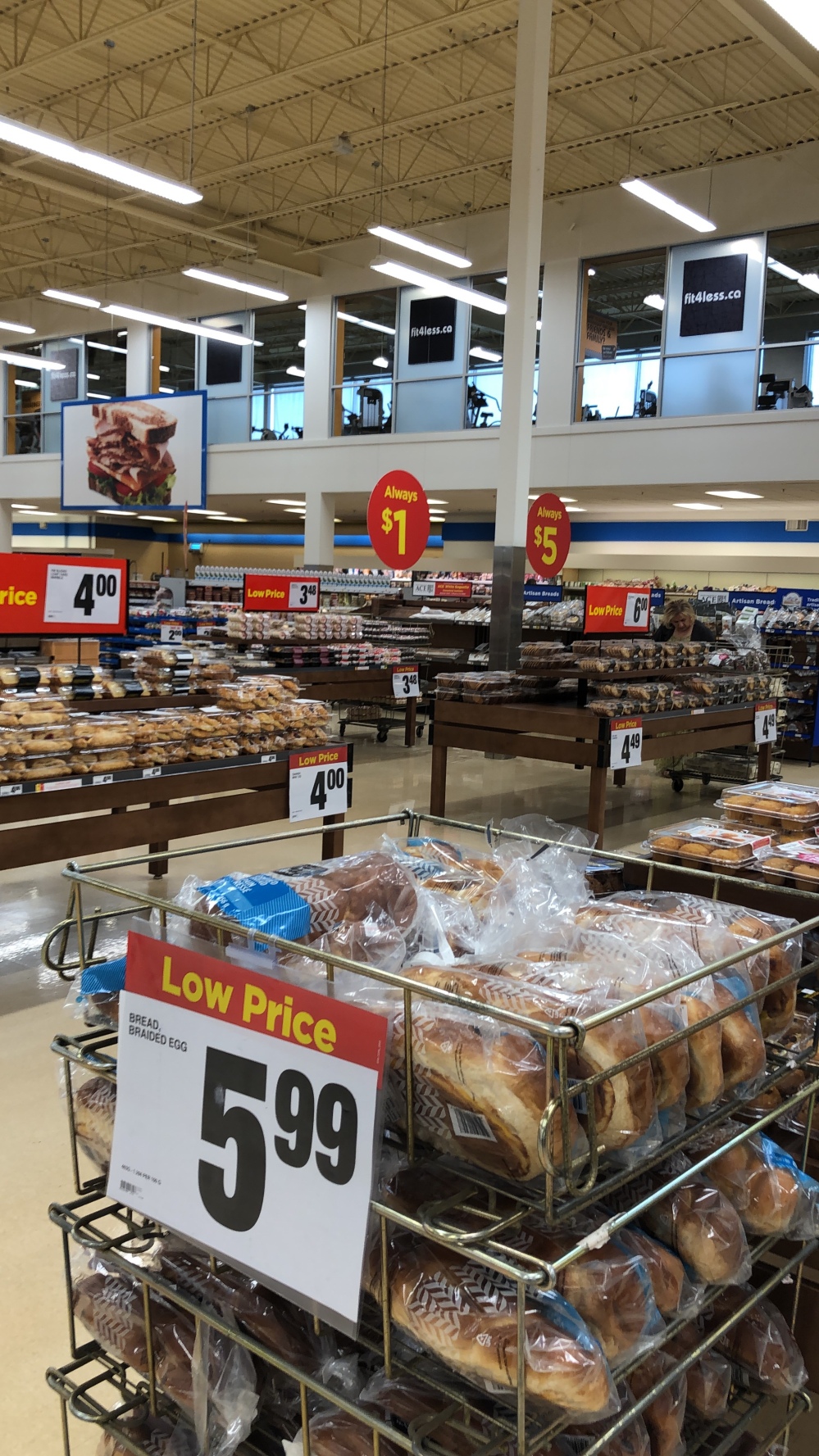 Its a thing in Toronto to have gyms in the Superstore; I actually think this is pretty sweet; I’d love to go for a run on the treadmill while people watching; seeing people buying stuff in the bakery section haha. I think that would be pretty neat. Wish this was back home. 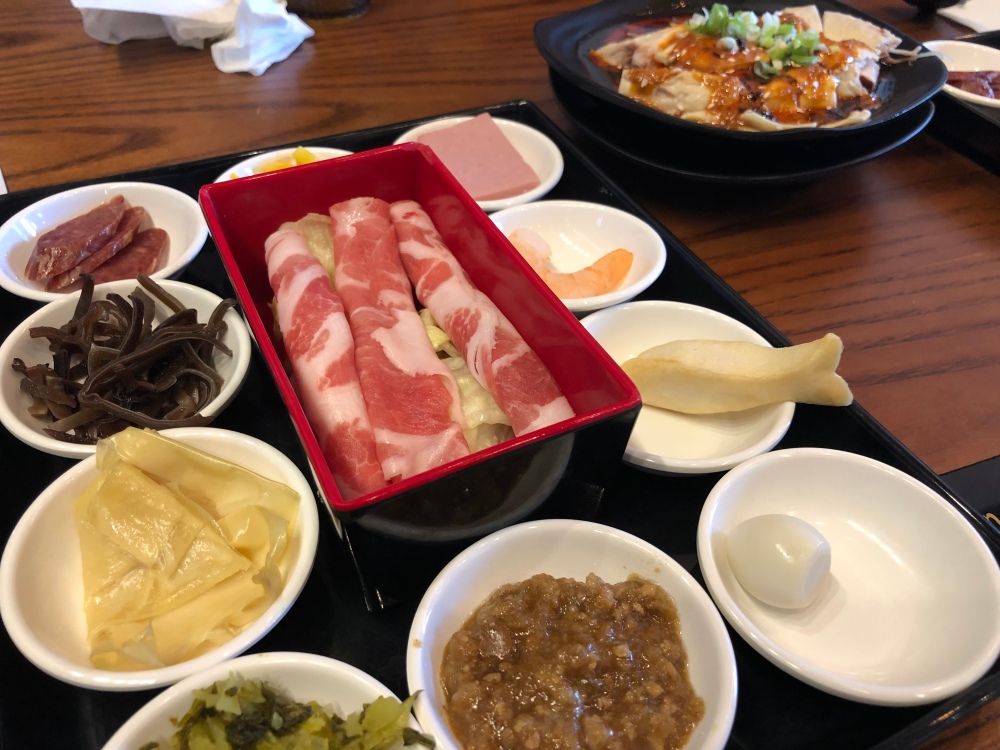 One of the solid dishes we had in Toronto; hot pot soup with picked cabbage and pork based broth. Really really really good soup and reasonable price too, with UNLIMITED noodles; really psyched about that. The weather has been generally awful though for hot foods; we had congee at a real lovely place but we were sitting neat the door and the outdoor heat coming in was like a furnace. The congee was really tasty but just awful to eat heat wise. I also got condensed milk toast…and it as just toast. I thought it was the deep fried toast. Disappointing.

I’ve mostly been running for fitness in Toronto; I am way out in the boonies here so there is not much except suburbia around me; there are limited trails around and overall the running is no where near as exciting or stimulating at the River Valley back home; just more and more cookie cutter houses. There are apparently a few trails further out, but generally the terrain is flat and my excitement is flat too. I’ve done push up exercises to mix it up a bit, but its not that fun. I’m looking forward to a treadmill (!?!) when I go to my hotel gym in LA. The place we went for Canada Day for the playground was pretty neat for a running trail but I don’t really want to drive out to get to my run; I’d prefer to go right from home for convenience.

I’ve done lots of sight seeing in the Henry’s camera stores of Toronto; some fun stuff to see with good collections of used equipment; generally though Henry’s prices their used stuff higher than McBain’s Camera back home, so I haven’t felt inclined to buy anything here; I did recently land my Canon G1X Mark II that I talked about earlier (finally won an auction that was being actively bid on) at a reasonable price (but not as big of a steal as the 150 CDN one on kijiji  a few years back in Calgary that I missed. That should be exciting. While the sensor is not as good as it should be for its size, its good reach/range and relatively fast lens overall gives it lots of unique properties that I wouldn’t be able to get in an APSC sized sensor lens wise.  Samsung made a pretty neat 16-50 f2-2.8 lens but that was a one off really overall in APSC lenses. Sigma has their 18-35 f1.8 (which is huge and has lens range by far). Anyways, this is a nice combo of a fast zoom lens and large sensor. I’m planning on grabbing the DC2 EVF as well. I also got to check out the Sony Zeiss 24-70 F2.8 and I’m kicking myself not having grabbed the one on kijiji a few months ago for 650, or the one at McBain last year for a similar price. Its a really solid build overall and I’d love to have that lens on my a99 body. I also got to try the G1X III and that was fairly divine too; the price is not divine, and the lens is unremarkable, but the overall package is well built, great handling, and compact despite great handling. Definitely on my list for pick up a few years from now. Wish the lens was faster and better reviewed/sharper throughout the range.