Sony SRS-ZX1 2.0 Speaker IRL Review– Released in early 2008, I was not aware of this speaker at all until a few years down the road when I read about it on eBay. I wasn’t quite into speakers at the time, and wasn’t certainly as big of a fanatic about Sony as I am now (yikes!). I wa sdrawn to their odd ball design, use of premium materials, and the hype over their nautilus chamber internals (there’s a Sony.jp website celebrating this speaker, indicating that they are a bit of a proud point for the Sony audio team). At the time of release, they were going for a hefty 399.99 USD. Pricey for a set of small computer speakers, and certainly up there with other premium computer speakers at the time, including the Bose MusicMonitors (which I hope to nab one day!). Pricey for being far above the price point of most 2.1 computer speaker systems (including the lauded Harman Kardon Soundsticks I and II). After spending time hunting for them on the used market, I managed to grab one for hella cheap. The following is my In Real Life (IRL) review of the Sony SRS-ZX1 speakers after owning them for a few months.

Design- These are just weird looking and they grabbed my attention right away. A far departure from the box speaker designs typical for its class, they offered a weird oblong shape on a narrow stand, with a big curved butt. I am a big fan of these, including the silver design, since most of my speakers are black by nature. I like that they stand out like a lot of the weird flagship models in Bang and Olfsen’s line up (but of course at a much smaller pricetag). I do wish the white liner on the speakers were different, as I think they could have gone with a more flashy color. This speaker really exudes the Sony design philosophy and for me, stands out as a Sony product. I am a fan of the polished metal ring around main body- it looks classy and would hold up on many fancy office setups. I also like the simple button setup- power and volume. I do wish they had put controls for tone though. There’s also an IR port for the remote. I don’t really see this as a room speaker set up though, and more of a near field listening speaker, so the remote gets little use.

Build Quality- Really great overall- theprimary housing is solid aluminum, while the base and rear is plastic painted silver. It feels like a premium product and is super dense/heavy feeling. Unfortunately the one that I picked up was scratched up heavily in the rear (grrrr), but it doesn’t show that badly. Generally I like the build quality a lot. Its unbelievably dense feeling, and excudes the heft that a quality audio product should have.

In use- I appreciate the size of the speaker, but I do think they should have been able to build the power supply into the speaker, rather than have a giant power brick externally. I also like that its physical buttons rather than touch sensitive buttons because I find those super annoying.  It certainly does nail the computer speaker design- a need to be small and discrete on a cramped computer desk. Certainly I have smaller speakers, but they strike a good balance of small, and high quality design (usually I just find small speakers that look gross). 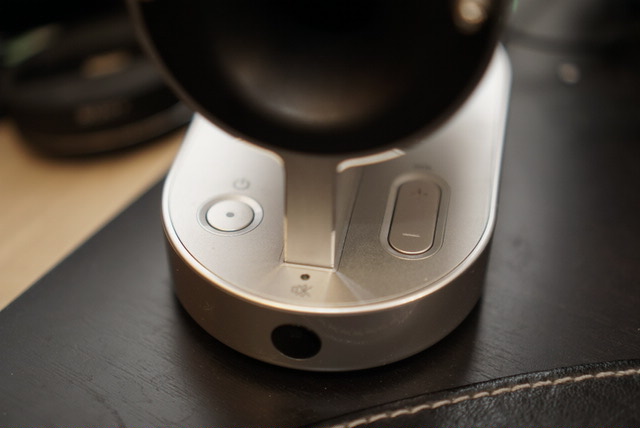 Sound Quality- its not bad in low volume. One thing that I learned in my psych perception class was that certain sound waves are not apparent in low volume. This means that you need to crank a lot of speakers to uncomfortable levels or inappropriate levels (especially with a baby!) to have a good soundstage. These sound quite nice at a lower volume. This is also good when you have babies in the home, because you can no longer crank out the speakers to get the best sound. That’s perhaps less impressive when most reviews push for room shaking sound, but there are better speakers for that stuff (i.e. Audioengine A5+). I find them generally balanced with little emphasis on any particular frequency. However, I do find them lacking some detail- certainly they pale in comparison to more modern speakers I have, like the Audioengine A5+ or Sony SRS-X9. There’s nothing particularly remarkable about their sound, so I can see why they aren’t a coveted retro find. At louder volumes, they are prone to cracking, as many reviewers noticed, with bigger bass notes. This is pretty disappointing- I don’t expect speakers to handle all genres amazingly, but they should be able to go full volume without cracking. If they will crack, they should be limited in volume, or redesigned. Certainly loud is not even that loud with these, before the cracking begins. I’m not particularly certain what genre these would be best for, but I do think they are not very good with pop/hip hop/EDM. I want to emphasize that while I am pooping on their sound, they aren’t bad sounding, its just that I don’t find them as remarkable as their design suggests they should be. Certainly I have heard much less detailed sound by 2.1 systems. If I would say anything about the sound, its that the mid range is quite good, the upper range is not bad, and the low end is adequate, but unimpressive. These likely would have benefited from a dedicated woofer, rather than an all in one single speaker design. That weird semi circle chamber that they emphasized so much in the design philosophy can only do so much for the low end. 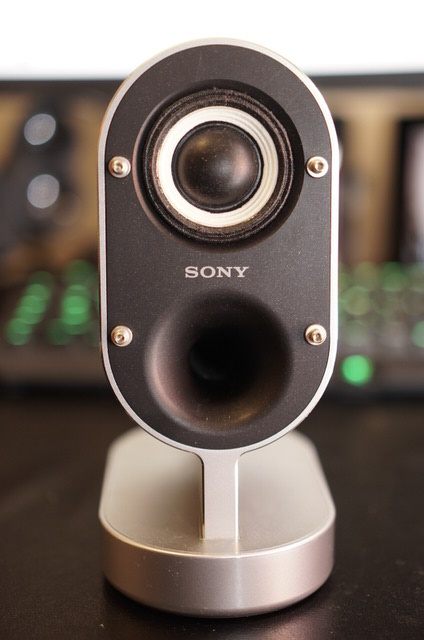 Conclusion- these are more about unique design than sound. While their tube design was hyped for sound, they really don’t provide anything spectacular, and certainly there are better 2.0 systems out there. Whether they offer the design and build quality of these is another question. The difficulty is that most desktop speaker systems are 2.1 and inherently handle bass much better because of the dedicated subwoofer. As well, the mid range and upper range on these speakers are just not spectacular. I would say the sound is forgettable actually. Coupled with the poor performance at louder volumes, I would say these speakers are a pass, unless you are a collector. If it sounds like I am being harsh, its because I am- the beautiful design, build quality, and hype (with dedicated websites to the speaker team for the zx1 on sony.jp!) are totally underwhelmed by the sound. Its a shame really. Its not terrible, but its largely forgettable. I mostly use them for causal listening, but not when I’m trying to impress my ears. The challenge is that there are not too many 2.0 computer systems out there that compete in the higher end segment. I almost never see the Bose Musicmonitor marketed anymore (I was a big fan of its sound and design). The Audioengine A2+ is probably a good bet, as is the Creative T40 (had a chance to grab these for cheap but I have no more room for speakers haha).