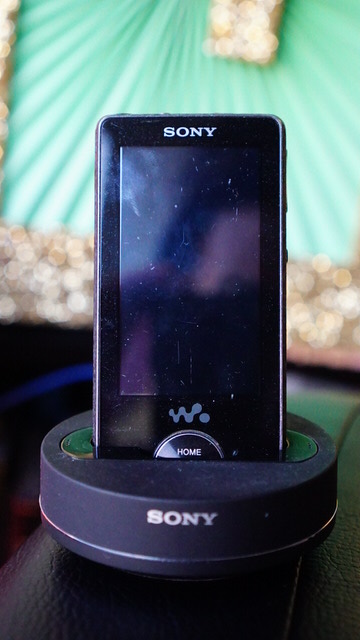 Sony Walkman X (X1060) IRL Review- The Walkman X (X from hereon) was released in 2009 as Sony’s first major foray into the touchscreen DAP market basically owned by the iPod Touch. It was designed to be the pinnacle flagship of Sony’s DAPs and bring the Walkman name back into the fight that it had largely lost (yadda yadda about Sonicestage and crappy software limitations crippling good hardware). At that point, there was a fairly large lack of a high end DAP presence in the market (compared to now where AK, HifiMan and every other company is busting out a audiophile DAP). The X replaces the NW-A3000 Walkman as Sony’s best DAP at the time and would later be succeeded by the Walkman Z (which I really don’t care too much for in my review). After years of hunting for one, my buddy decided his music life was on spotify and gave it up to me. After a few months of use, I’m ready to post my IRL (In Real Life) review of the X. 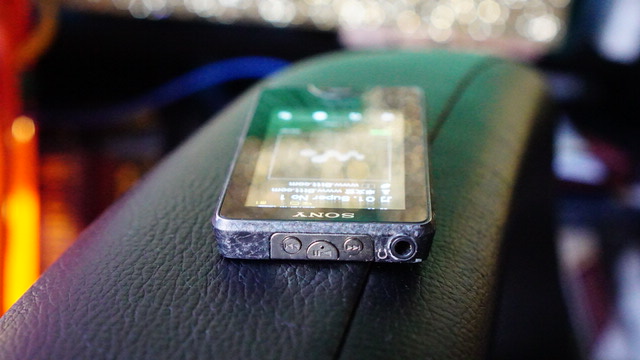 Design- Another great achievement for Sony. While I don’t think its as stellar as some of its most recent efforts (ZX1 and ZX2 are my darlings that I will own one day!), I do think Sony did a great job distinguishing itself with a great design. Is a rectangular slab with a glass front and back. The body itself is covered in an interesting speckled granite that feels like stone almost. The back panel is a light sparkly black. I’m a fan of sparkles FYI. The side controls hold the volume and noise cancelling controls. The top has the most important piece- media control buttons – I think this is the one piece that simplification/minimization design had been in error for deleting. Compared to the absolutely terribly implemented Walkman media control button on the Walkman Z (which is software based and has terrible lag), the physical buttons on the X are a godsend. Overall, the device is also a tiny player- it looks more like a modern iPod nano, rather than a iPod Touch competitor. In retrospect, thats probably its best rival- the samll screen on the X just is not good for media consumption or apps. The X fits really well in the hand because of its small size.

Build Quality- one of my most important pieces, the X manages to fill up quite well. While it is quite light, it is not light enough to convey an aura of cheapness. It does have a dense feeling to it, but its so small that I don’t quite get the feeling this is like the immensely satisfying feeling of the ZX1. It feels pretty good overall- so far the glass does have a chip in it, but I’m not sure how that happened. The finish has maintained itself decently over the years of apparently quite regular usage from my buddy. Generally, I think its a good feeling player and exudes a premium feel. Its a shame they didn’t expand the stone finish to other players- it has held up well and was a unique finish for sure.

Usability– this is probably one of the best things about this player- NO LAG. While previous players were no operating a smart OS like future flagship Sony players would end up using (Android), their simple UI was marred by slow HDD speeds- particularly the NW-A3000. Changing simple parameters like shuffle or sound EQ took far too long – more remarkable was the fact that the iPod Classic had been using a HDD for years without ANY lag – even the third/fourth gens that I used. While there was some slow down, it was so small it never got in the way of usage. Future players would be hampered by Android’s need for decent specs- so the 512mb of RAM and dual core CPU on the Walkman Z was just not good enough- and it used flash memory! Come on! The X was a good blend of simple UI and flash memory- meaning that everything just worked. The only thing I don’t like is that the hold button is too easy to trip, and often gets turned on when it is on my PHA-1 amp. The media control buttons are smooth as butter and there is no lag when I use them. The only thing that has lag….is the browser and anything that needs WIFI. I’m not sure why Sony felt the need to put a browser and YouTube on this- it really runs far too crappy to be useable, even when it was new at release, NVM now in this current time. That seemed to be an afterthought, rather than a well executed piece like Safari on the iPod Touch.

Other pieces- it uses the Walkman port, which I am not a huge fan of, but whatever. I would have loved it if Sony stopped the Walkman port altogether and just used micro USB so I would stop having to have a billion cables. I also don’t like having to dig around for the proper software management – I think I used DoubleTwist for this- while I am happy that it doesn’t use SonicStage, I haven’t been happy with not knowing if everything has synced properly (it still hasn’t and I stopped caring). I am thinking about just using drag and drop for music management now, because I really don’t use playlists as much as I used to, and tend to just whole album it up. I also never tested the noise cancelling- I think its neat that its built in, but it does require a specific headset to use, which I haven’t got.

I didn’t make a separate thing for screen, because I don’t think its as relevant for a DAP, but its quite neat in this case. I have had experiences with OLEDs before (A3000, Note 2), but this is the first time where I have really appreciated the contrast and colors of OLED. Since I’m not using it as a media player and just an mp3 player, my dislikes of OLED (oversaturated EVERYTHING) don’t apply as much here- blacks are black- they do not light up if the color is black, so everything is very very contrasty/nice. In comparison, the blacks in typical LCDs are a slight milky tone if they are good. Nice job here. The screen res is really too low to be hyped about it, but its still a good screen for an mp3 player. Its way too small for me to be using as a video player so I’m not going to bother with it.

Sound Quality- the most important piece – its so so so stellar. My generally favorite sound signature is a slight V EQ. Paired with the PHA-1 amp, I get immensely rich bass and highs, with decent mids. While I’m not going to try to convey the very subjective notion of quality in detail, I can say this has my favorite sound signature of any device I have used so far. In comparison, I find the iPod Touch 3rd gen  and Walkman Z too clinically flat and poor EQ response, the VAIO Pocket too muddy in details, NW-HD5  and NW-A3000 good but not as rich in bass particularly,  and the E-series Walkman to be just muddy. I find the X quite similar to the output on my Xperia Z3- one of my favorite sounding phones (close to the Samsung Note 2 and far and away from the LG G3). One thing I really like is when the DAP responds well to EQing. I have no problem admitting I like my sound colored. I’m not a fan of a flat clinical sound, and I don’t need it to be like a studio rendition. I like when the DAP is able to really dig in and change its sound signature with an EQ change, so I can change the sound to match the headphone I am using and the music I am listening to. The X does this well, and would likely be close to the ZX1 if I could AB them. Also, I have never found the X to be a particularly powerful player- I do think it would benefit from an amp.

Battery life- honestly this device is too old for me to rate its battery life, as it has since deteriorated. But I can say that it still holds a decent charge after 7 years of its release. Its still more battery life than what I got with my iPod 4th gen brand new- that was something like 8 hours of playback. I think the X was rated to 32 hours of playback. 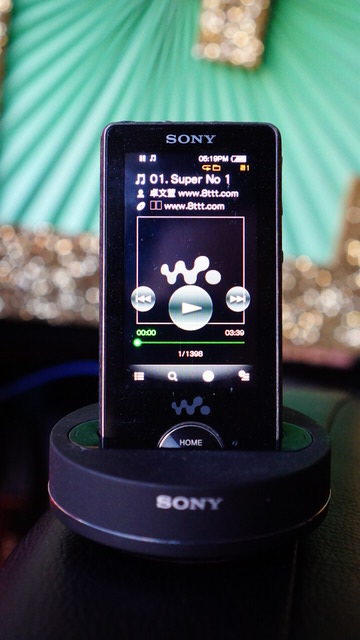 Conclusion– this is still a great DAP in the current time, and worth hunting for in the used market. It remains a speedy little player with an easy to use interface, with no lag. The X struggles with a few odd ball side projects like its internet browser and YouTube, and these should never be considered as an asset- they just plain suck. The physical controls are a blessing and work well. The player is a sleek design, holds a good build quality and is still holding up after 7 years. The player most importantly sounds fantastic, and holds its own and beats many of its predecessors and successors. I’d definitely buy it again if I lost it.