Nixon Master Blaster Review- Wow what a headphone. I remember when I first saw this headphone. I was in Easy Rider or Watch It! and I saw this sitting in the back with all the other non-watch/sunglasses accessories. Nixon had just released this line up around 2009 right when the headphone market was getting hot with Beats. Everyone wanted a piece of the lifestyle headphone market- especially the upscale market. At the time of its release, it was sitting around 300 CDN, right around the price of the original Beats Studio headphone (which was around 50 more, give or take). At the time, the only headphone I had experience with that was better quality was the Creative EP-630 earphone. While these were quite good for the money (and rumored to be Sennheisser MM30 design/rebrands), they weren’t exactly glamorous ear pieces. I wanted something that was flashy and something that was stylish. Something that would go with the eighteen Burton backpacks that I had really gotten into collecting. This sat in quite well with that style (especially since I was absolutely fascinated with the Nixon line up at the time). I pined to hear these every time and to me they sounded quite good. But steallar? Something worth 300 dollars? Debateable. After picking these up for a quarter of their original MSRP a year ago, I think I am ready to give my IRL Review of the Nixon Master Blaster. 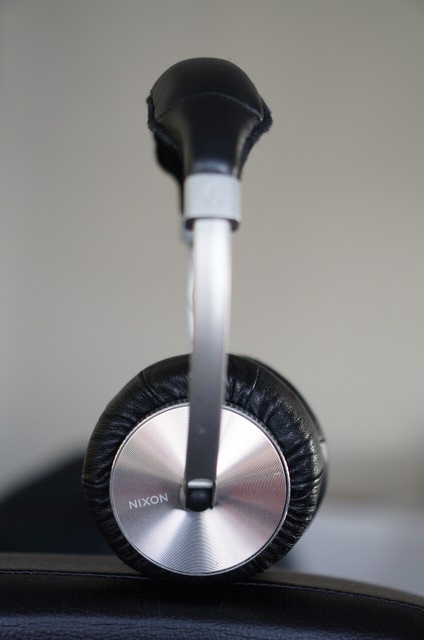 Design – Wow I really find it hard to look back at how I viewed this headphone’s design to how I see it now. When I first saw this headphone, a huge bias in my fanboysim for Nixon came out (seriously I’m not a skater or surfer, don’t know why I became infatuated with that brand). I was just perplexed by the immense amount of metal and real leather in the build. The giant in your face ear cups. The huge leather couch headband. The giant metal cups. The brushed metal finish. Lots of things to like superficially. Back then, I didn’t really have an eye for premium headphone design and so this was just light years ahead of any earphone/headphone I had (seriously most expensive can I had at the time was a fake pair of Sony MDR-V700DJs I got for 70 bucks CDN- that’s for another review). This was mindboggingly lightyears ahead of anything I had. And it had colors! So many colors. That was a huge thing at the time, when headphones were generic black, and the best you could do was get something that looked like studio monitors. These were in your face sweet. Even the knit cloth headphone cable was cool. 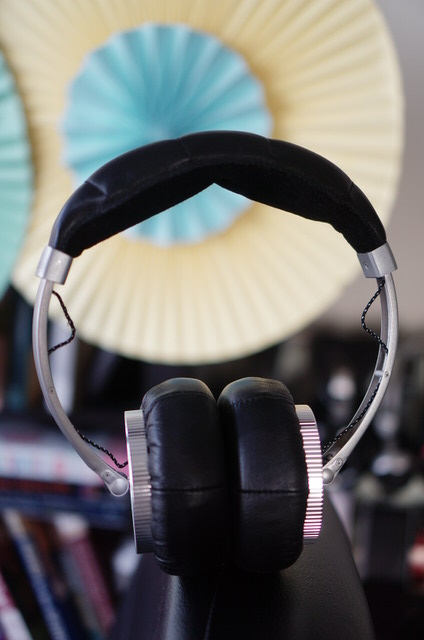 Years later, having owned multiple pairs of mid-fi cans, my take on the Nixon Master Blasters is much much different. I still think they have a sharp design that stands out a bit. Unfortunately, with a flood of cheap or has been competitors to the mid-fi market, different colors or materials are not enough to make a headphone a knockout design. I’ve seen too many headphones with in your face colors/style (Sony X10 for example) that are such a let down because they’ve overengineered the damn thing without making it a complete package. There’s just something missing from it that takes away from its design. And while it’s not the visual design at stake, the problem is so damning that it ruins the overall Gestalt and I can’t see the device the same way after experiencing the problem. 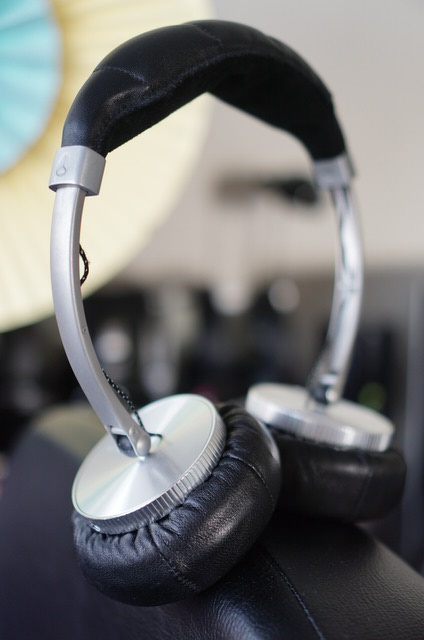 So looking at the design, I am clearly biased now having owned it versus when I first saw it. I still like its look, but I feel it looks much more chintzy in style and more comparable to the dime a dozen lifestyle headphones you find in the clearance bins. 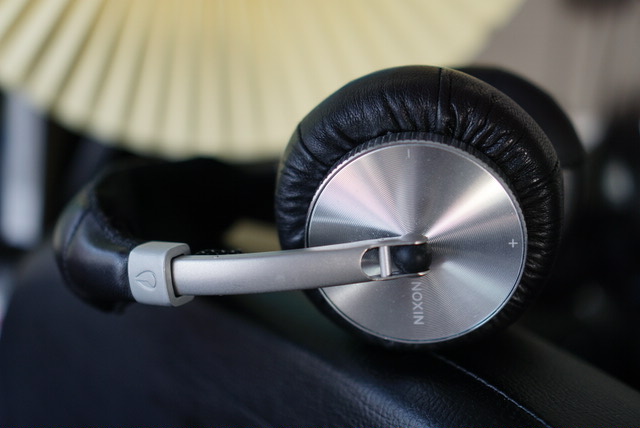 Build Quality- normally this is where I would say that its made itself up for its design with rocking metal and leather design. Generally, I think it feels good- it definitely feels better than most of my lifestyle headphones- i.e. Mix Master and X Factor Headphones. Its got a good mix of genuine leather and heavy metals. However, it has questionable ball pivot joints- while I haven’t run into any issues with it thus far, I know it’s a common issue for breakage. It just so happens that I don’t really use these that often that I am not worried about them breaking. Aside from that, I can’t say that the weight and the materials used result in a premium build- its nowhere near the level of craftsmanship of the Bowers and Wilkins P5 (one of my favorites of all time in terms of feel alone). It actually feels a little cheap- like they had some great materials to use but didn’t know how to execute it properly. It almost feels like a beta product- something is missing. I definitely don’t like how rough the headphone adjustment band is- its like yanking out an unoiled nail that has been stabbed in rock. One thing I really do appreciate is that the leather is real- they definitely made an effort to use something that feels nice. Finally, I hate the volume adjuster- it’s a rotating circle ont eh right cup- you can tell that it doesn’t fit exactly on the headphone and wobbles as you turn it. Definitely not like a well dampened joint at all. 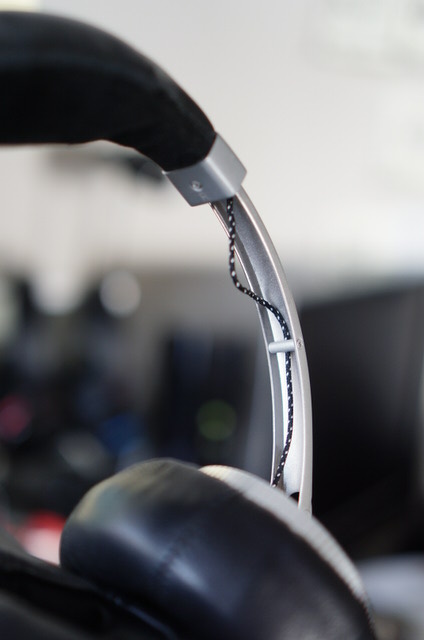 Isolation- it’s a closed headphone but I wouldn’t buy it for isolation- mostly because I can’t get a good seal on the can. Perhaps it might seal better on people with tiny heads. Like somebody in their third trimester of life small. 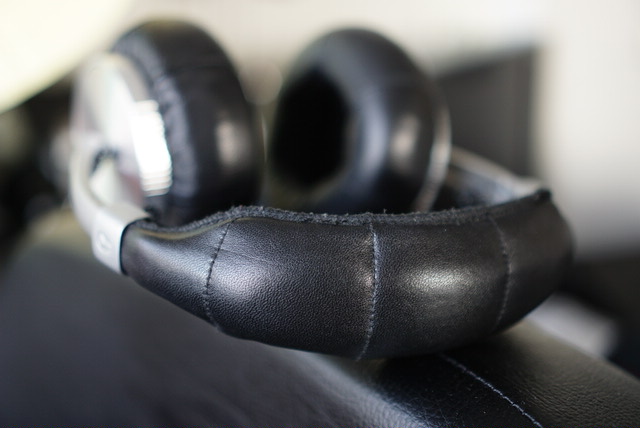 Comfort– This is the absolute killer feature of this headphone- this is single handedly the worst thing I have ever put on my head. That includes putting on a nest of bees with rabies that are on fire. The clamping pressure is absolutely ridiculous. Its worsened by the fact that you cannot bend the headphones or adjust them to have less clamping force. They curve inwards and have a u –shape in the band so no bending can occur. The pressure is insane and the headphones have limited length in adjustment- what that means is that on my large head, they clamp down about an inch above my ears and about half way up my ear lobe- so in other words, this around ear headphone never seals properly and it just crushes my ears and temple. I can wear these maybe through 20 minutes and then I’m calling it a day. Seriously terrible design- I’m not sure who did product testing on these, but I am absolutely certain that they must suck at their job. I’ve had strong clamping force- i.e. my DT1350s, but at least they fit well and that clamping force gave a good seal. These just stab my face with pain with no seal. 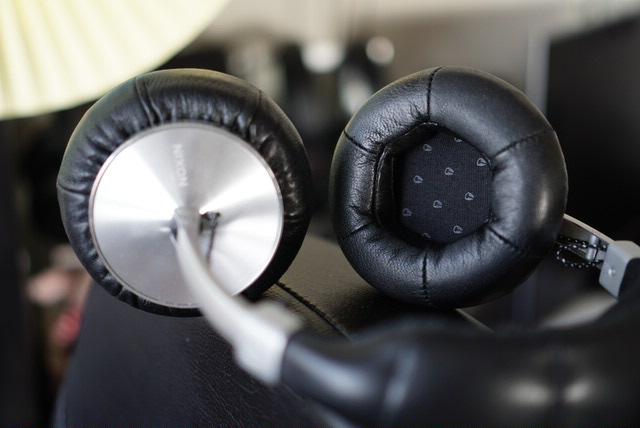 Sound Quality- This is not a super difficult one- this is not an audiophile can by any means. I have no idea how the few reviews on this thought this was better than average. Its definitely a murky sound overall with little definition in any area. Its pretty meh. While I would equate it to being better than an entry level around ear hadphone, its probably at best a 70 dollar headphone. There are plenty of cans at the 100 dollar range that would trounce this soundwise. I remember feverishly looking for headphone reviews when this came out, trying to justify its purchase. There were few headphone reviews, and the majority were done by people who normally buy Nixon stuff (i.e. not audiophiles). I can safely say that this headphone is a dud soundwise. It doesn’t excel in any area in particular so it doesn’t redeem its hell clamp on my ears at all. 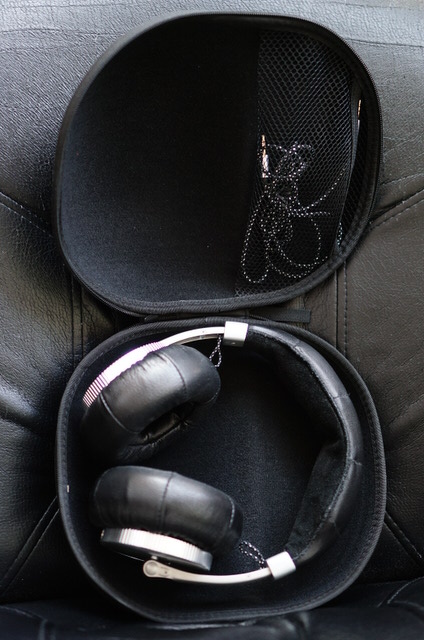 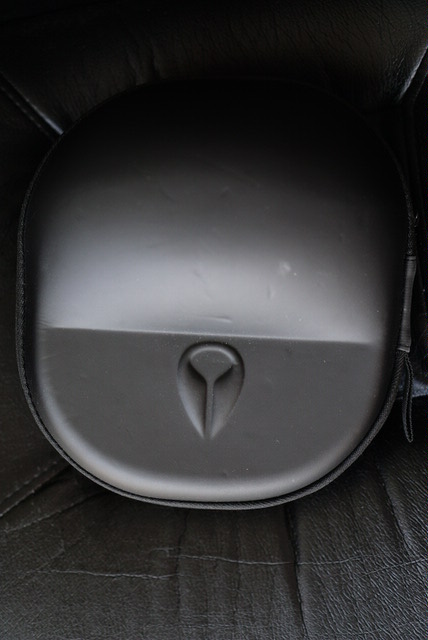 Other- The only thing that I like about this headphone is that it has good accessories- I quite like the simple braided headphone cable. I also really like the hard carrying case- its actually very protective and well built. It fits the can quite well.

Conclusion- there really is no reason to buy these headphones. I actually regret buying these headphones- even at their severely discounted price. While they look cool, the cool factor is quickly dampened by the meh audio coming out, and the insanely terrible clamping force. The build quality is just slightly above average, and a let down considering the materials used. While it’s a lifestyle headphone, I really expect more from this price range- there are plenty of life style headphones that offer better everything. You can definitely get a pair of Bowers Wilkins P5 around this price. That’s most likely why this was discontinued with no real follow up (the RPM flagship is a totally different design). There’s really little redeeming factor on this headphone. While I can see it being popular with typical purveyors of Nixon, the insanely bad fit just would kill off any appeal from its styling.

TLDR- These are duds. They fit bad. I can’t think of any pros.