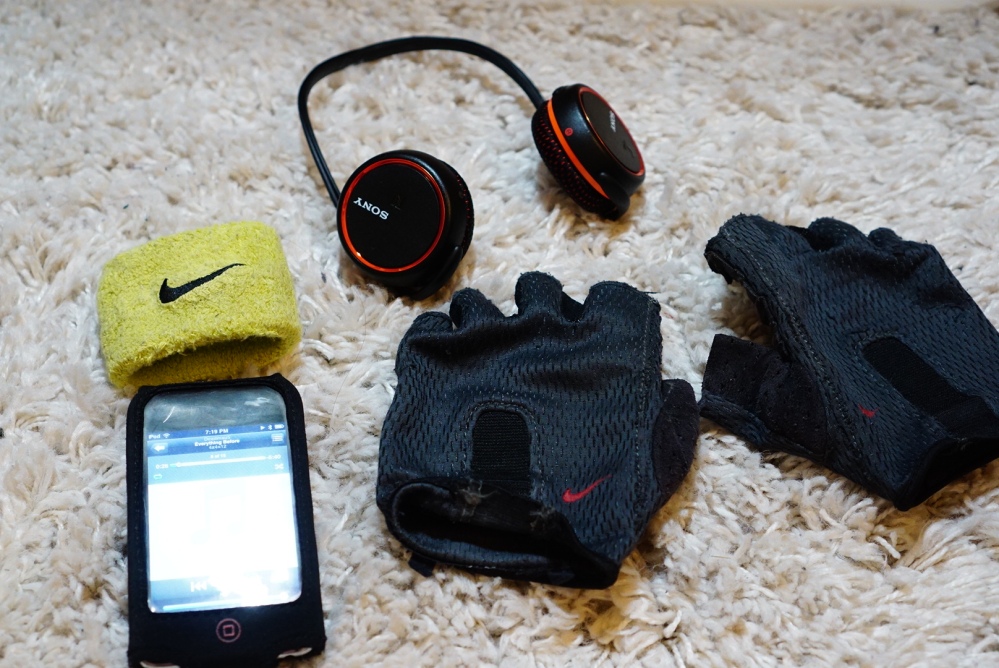 Sony MDR-AS700BT IRL (In Real Life) review– When I first saw these headphones (I’ll refer them as the AS700s from now on), I wasn’t phased by them too much. I had much more interest in the previous Sony bluetooth sport headphone, the DR-BT160AS because it looked so crazy. It was an old model, but the BT160AS really had a slick look to it, like it was from the future (it  was also polarizing for a lot of people- some people like the exagerated style of it and some did not). I briefly considered getting a pair of used ones but decided not to. I had been spoiled by a dead bluetooth headset that had an old battery. Considering the low capacities of these bluetooth devices, any age effect on them really hits hard. It was also a little gross getting headphones that were made to be sweated into. These AS700s were pretty meh design wise, just like any other streetstyle headphone Sony has made. But then I kept seeing them with minor discounts and I considered the idea of wire free running. It was a nice idea but I wasn’t t0tally sold yet. I had more than my fair share of sport headphones (Sennheisser PMX680 Adidas earphones and Sony MDR-G57G) that were doing fine. However, I managed to stumble upon a Kijij add for a pair of brand new in box cans for 60% off the MSRP and I decided to go for it. I’ve had these headphones for about 2 months now and the following is my IRL review of the AS700s. 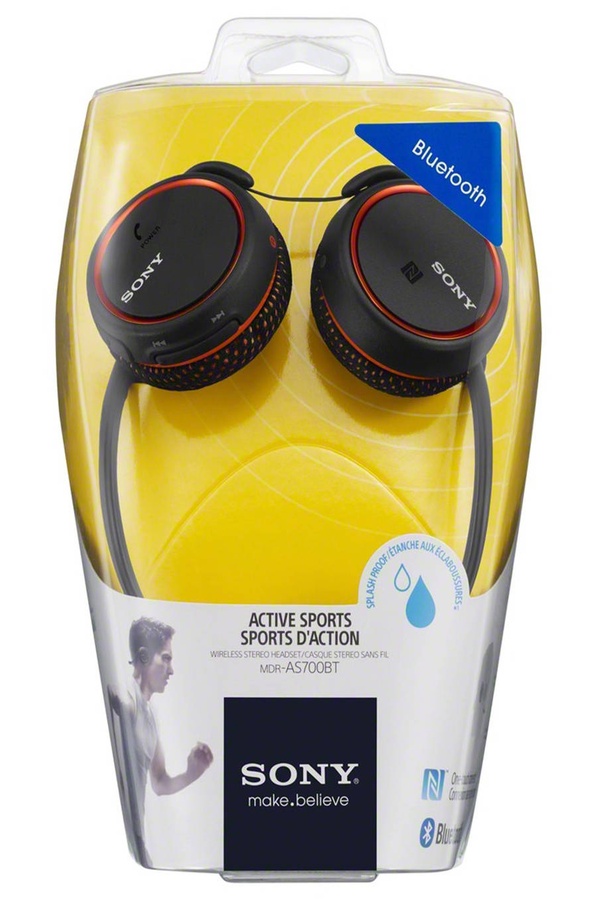 I managed to rip them out the package before I got a chance to take a pic of them. They look like this. The packaging is surprisingly spartan looking. The packaging comes with a nice micro USB cable and…that’s it. It would have been nice to get a carry case or something. Especially since these are gym headphones. After a sweaty workout, popping them into a protective bag so you don’t get all that grim everywhere would be nice. Some of the premium sport headphones come with one……that’s me being nitpicky. (not my image, i forgot the URL I grabbed this from) 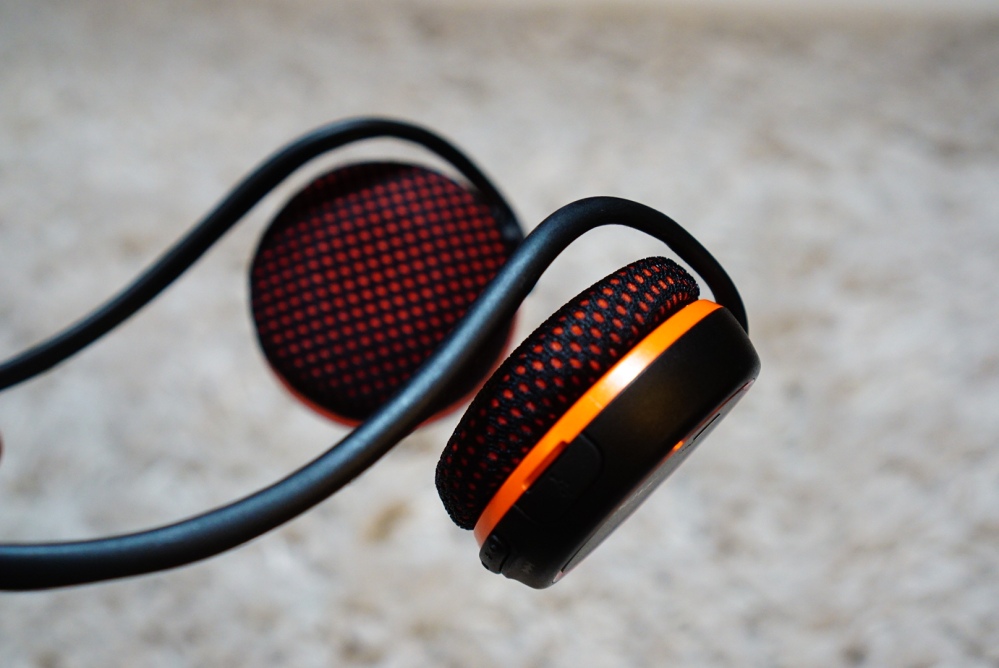 Fit/Comfort– So really these are just ok. There were plenty of complaints about Sony’s previous and current bluetooth headphonesbeing too loose for runners. These recify the crap out of that complaint. They are vise like. To the point where I would be uncomfortable wearing these for more than an hour. However, given that my average run or lift session is around that time or less, its not a problem. What is fantastic is that they stick to your head really well and don’t bounce at all during running. this is a pretty awesome feat. There is nothing more annoying with sport headphones that bounce around and change the sound quality because the seal keeps being disrupted (I’m looking at the Sennheisser PMX680). So that’s good. I really do think that these would be much better if the rubber wings that their previous StreetStyle headphones  had- those provided a soft rubber barrier so that the ears weren’t directly chafing against the hard plastic of the headphone arms. So they work really well for the worst kind of workout, running. Lifting, they are pretty good. They do get in the way of any lying on your back lifts like bench press because the bench jams the headphones up and out. Earphones or clip ons would be better here. Finally, weight wise, they are not a problem at all. I don’t feel any difference with these on my head. 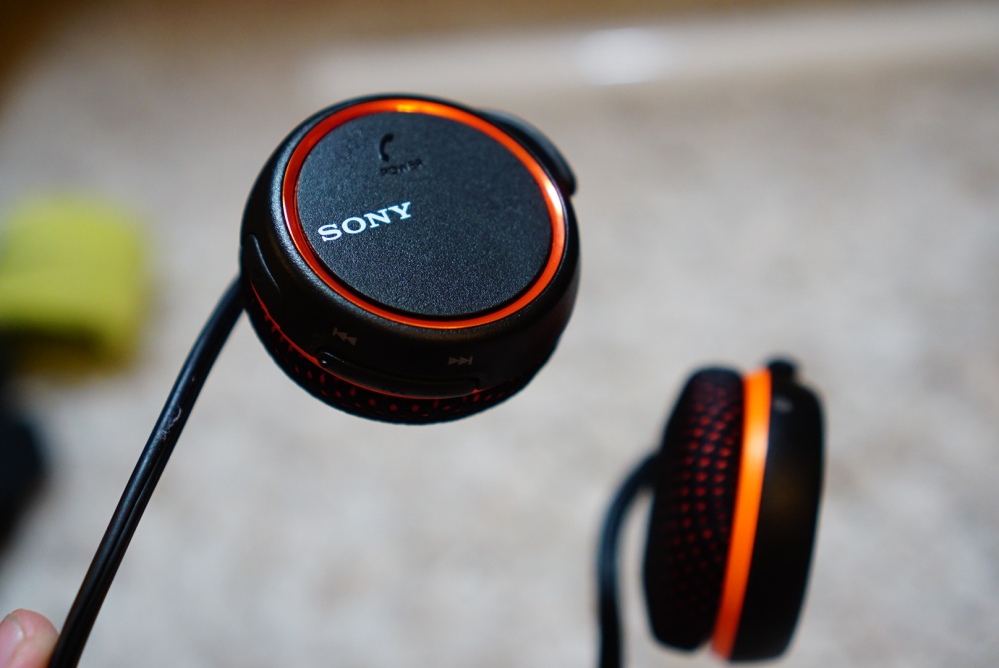 Controls- The as700s have the controls all in the right ear cup. The top button is for play/pause/on/off/answer calls. There are track controls on the bottom and volume control. Overall, its very easy to control the music through the headphone. I use it with my Sony XPERIA z3 smartphone and iPod Touch 3G through multipoint pairing. That means that I can take phone calls (more useful than I thought in a workout/run) and listen to music. I primarily use the iPod for music because I hold it in my hand strap. I like to look at my track list while I run so I can choose the right song when I need it based off the run. I throw my phone in my waist pouch. Its a good combo and the as700 controls all of that very nicely. 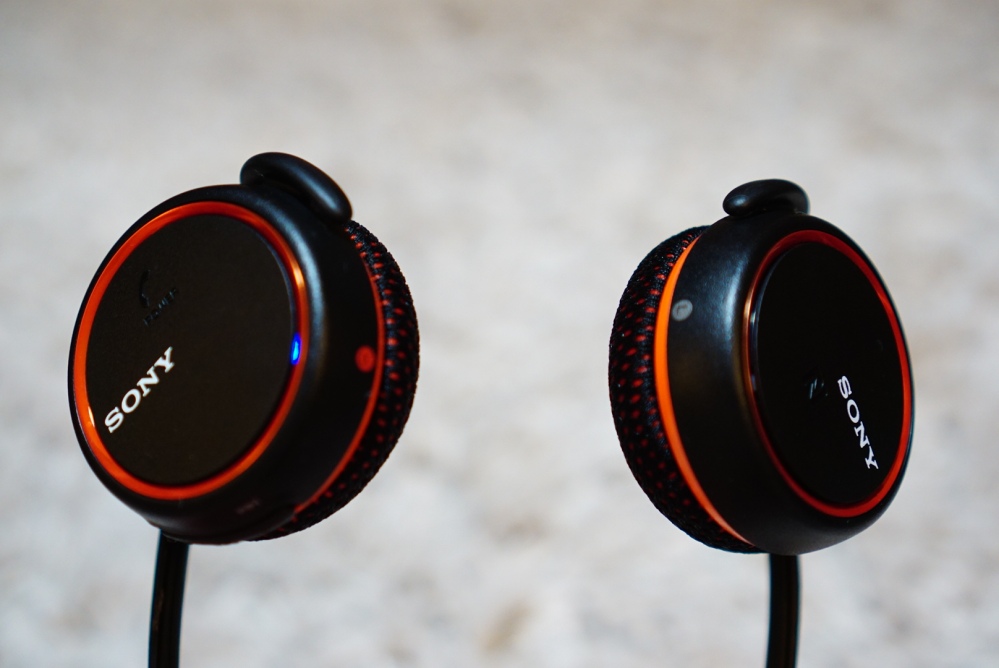 Sound Quality- One thing that really really impressed me was the ability to swithc between two modes. Its kind of ridiculous that I only found out about this in the manual. This should be a prominent feature on the packaging. You can choose high quality, shorter range, or low quality longer range. The former is good for people who want good quality but aren’t worried about streaming issues. The latter is for people who dont want their music to skip. I thought I would be the latter because the constant movement of the iPod during runs. Turns out the high quality option is just fine, so I get to have my cake and eat it too. No streaming bufering issues at all. I LOVE the sound. Its very very boomy. I would hate this as an everyday listener for sure. Its too boomy. But for running? Lifting? I just want the huge fat beat pounding my brains, hyping me up the terribly difficult stairs while my calves are on fire. So in that regard, these WIN tremedously against other workout headphones I have tried wired or not. 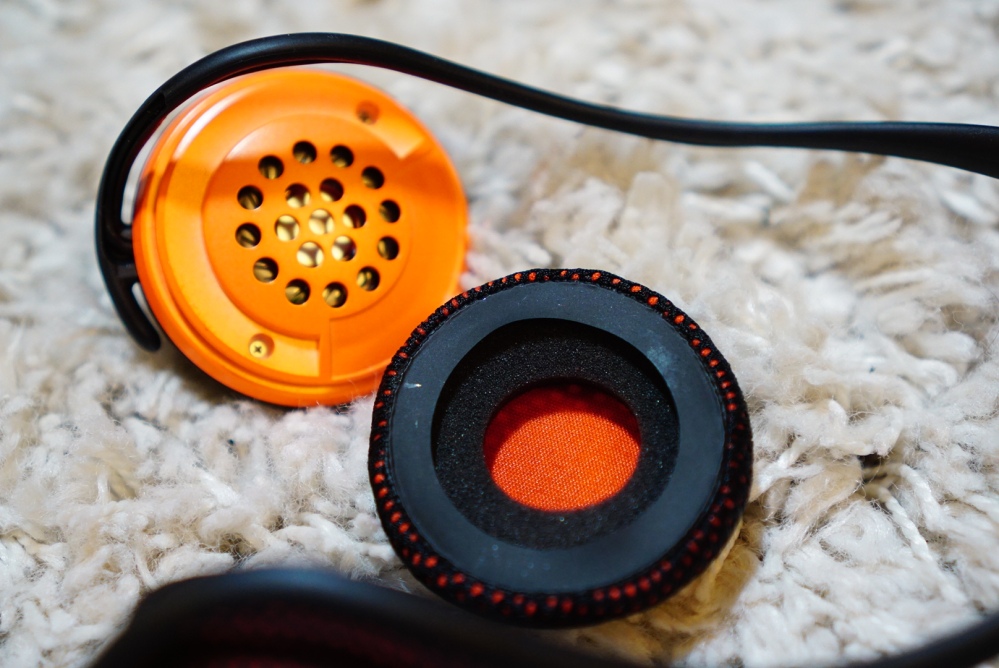 I think a huge part about the sound quality is the earpads- they have a large indent in the middle that allows the bass to have a chamber to resonate. I’m just really excited to hear bass in a workout headphone. Ususually for running headphones, they leave them more open in design for safety so you can hear danger around you. These still let some sound in, but don’t lose bass as a result. So really, these are nowhere near my audiophile level cans, but they weren’t meant to be that. They were meant to keep you pumped during a lift. Oh and phone quality is fine too- surprising since the mic is not on a boom or anything. It does the job jsut fine, although there is no noise/wind cancelling so taking a call outdoors might not be too great. It comes in as stereo, which is interesting I suppose. 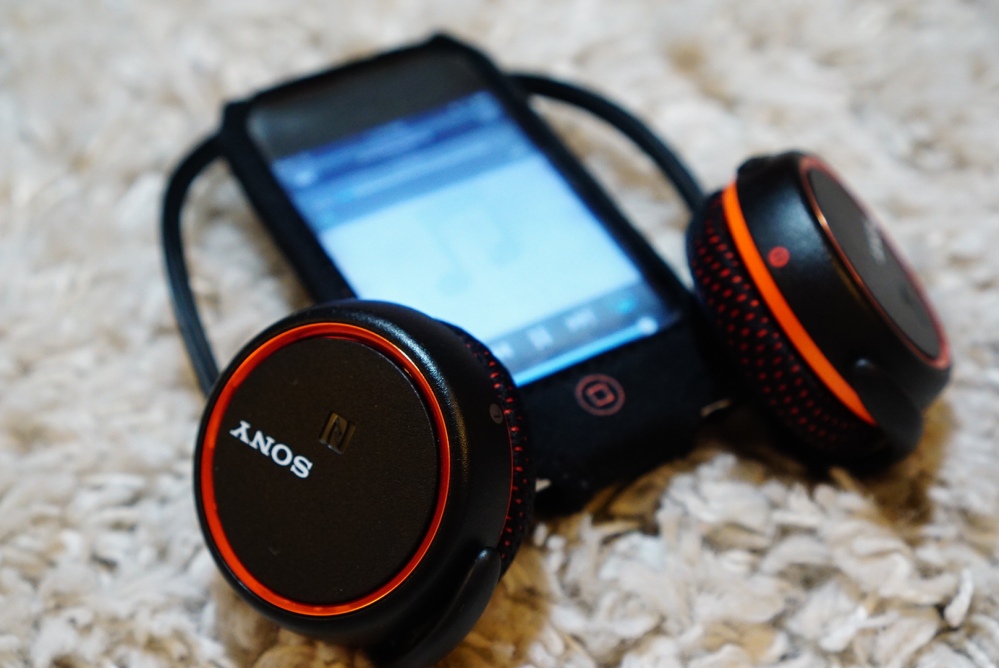 Build quality/stability– overall these are a solid A+. No signs of wear after two months of heavy hard use with dripping sweat when I pull them off. The plastic is strong and reliable and overall these fit the job nicely. They feel like a premium sport headphone. I have not had any connectivity issues at all. I pop them on, and don;t worry about a thing- just the workout itself. I really don’t have much to say here. 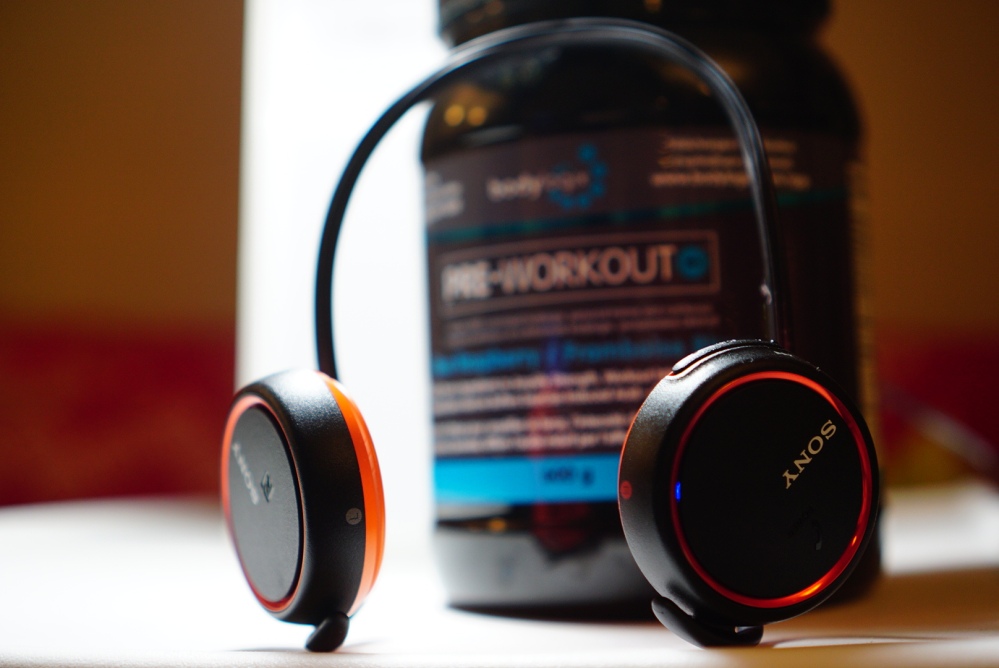 Conclusion – buy these. Now. If you are a runner, buy these. If you are a lifter, buy these. these are so so so stable on my heads in hard runs and provide such reliable fat sound that I can’t see myself disliking them. Try them on first to see if you can dig the fit. That’s my only gripe. Since the fit works for me for my workouts, its a non issue, but I could see  it being an issue for others. Other than that, I think it soundly trounces my other workout headphones based off sound quality, and wireless freedom. Importantly, the connection is reliable, something I was concerned with workout cans. I don’t want to be diddling around trying to make something pair while my timer is running out on a lift. I also am happy that I have not had any issues with sweat killing it off. That’s an issue that seems to plague a lot of sport headphones (i.e. Denon’s exercise freak headphones) and these have shown me no problems at all.