This is my IRL In Real Life review of the Sony VAIO SZ 380CN Laptop in Premium Carbon Fiber trim. I picked this laptop up used and in absolutely perfect condition (minus the cellular EDGE radio antenna). It had already been updated with a Corsair SSD and I immediately dropped in Windows 8.1 to bring it up to speed (Windows 8.1 might not really fit with that sentence TBH). After using it for two months, this is my IRL review of the SZ Premium.

The VAIO SZ Premium Carbon Fiber is a special laptop- in its time it was unbelievably light and thin (2006 on its release). At a time when Centrino had been out for a few years and people were just starting to move past the ginormous Pentium 4 heat sinks in laptops, thin and light laptops were a nice blend of power between ultraportable and desktop replacement. I totally believe that category to be dead now- everything is now a thin and light, with ultraportables conceding to tablets. Anyways, back on point, the VAIO SZ was notably light and was a blend between the business S class and the premium Z class laptop. This particular model was special for being the carbon fiber edition- it was slightly lighter and thinner (mostly in the display) than the regular class SZ, which was made of magnesium instead. Carbon fiber, of course, was noted for being an ultimate material for lightweight strength, and usually used in performance vehicles. It was also very expensive to use. In today’s age, its much more common (to the point where I sort of dislike the weeve pattern because its on everything now). What was neat about the SZ was that it blended that lightness with strength- you still have a full power CPU in there, vs. a low voltage processor. You can see that the material does stain easily with oils from the skin, but they are easily wipeable.

Design and Build Quality – I’ve already talked a little about the unique design history of this laptop- I must emphasize that this laptop feels every bit as premium as any other laptop on the market this day, nearly 9 years later. Laptops have gotten thin, but not excessively so- I have no shame typing on this laptop right now. Its thin enough in this day and age, which really blows my mind about how it stood back in 2006. Every piece of this laptop feels premium- the carbon fiber and magnesium blend is well put together- there are no cheap feeling materials on this. What is different about this vs. a unibody Mac is that the latter feels like a solid piece of metal that can take damage. This VAIO feels like an expensive kit that I don’t want to test if it can take damage. I want to baby it. What is interesting is that its actually a second tier laptop in Japan- there was a more premium carbon fiber edition that showed the carbon weave in the lid, and there was great debate in North American circles if the carbon lid was really carbon- it was later piped in from Sony that it is indeed carbon, just that it looks different. Its clearly thinner than the magnesium lid in the lower SZ I have. I love this overall gunmetal look- feels professional and right up there in business class laptops. I also like that it offers ports that I still use at work, including VGA- many projectors do not have HDMI still and its nice to use an old but tested connector. I do wish it had more than two USB ports though. I also like that it has wireless cellular data, but its only EDGE. I’d much rather turn on the hotspot on my LTE cell phone than use EDGE these days. 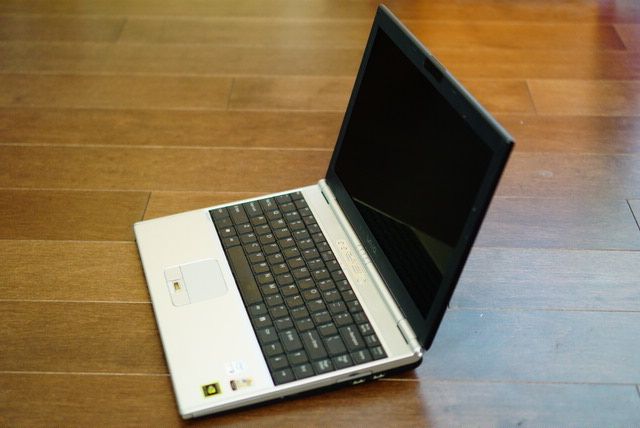 I wanted to post a pic of the lower class SZ model- its really not that bad of a looking notebook either and definitely stands the test of time for design- its just a clear class below when I compare it to the carbon edition. 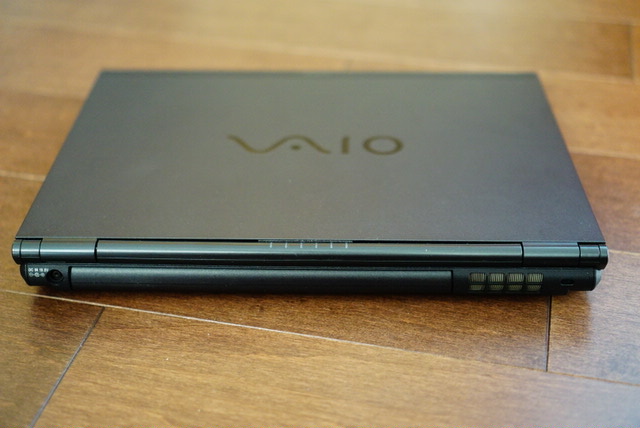 Heat – I love going over heat on a laptop because its such an important piece of the puzzle- this cooks up heat right in the rear left vent. I don’t mind it because these days I’m typing on a desk more often than not. It does alarm me on warmer summer days and I do throttle the CPU speed in order to reduce the amount of heat coming out- I find that for the work I do, keeping the processor at max 50% speed is fine and the resultant heat is minimal. I want to use this laptop for many years to come.

Typing – I can’t gush over this enough- the keys have excellent travel and feel almost clicky- obviously nothing like a true mechanical keyboard, but really awesome overall. What I find interesting is that its much better than the lower spec SZ- that one has a very spongy mushy keyboard that is more reminiscent of a typical consumer class keyboard. So overall, a good typing experience that I don’t feel hindered on at all. I also love the bio-metric scanner on this- it works flawlessly and makes logging in very easy.

Miscellaneous- You might find it odd that I don’t have a dedicated battery section- the thing is that I no longer am a very mobile power user and am more often than not at a plug in. With the remaining battery, it still holds about 1.5-2 hrs of battery but I rarely test it anymore. It wasn’t known for being a battery beast to begin with- there is an extended battery that was available for it at the time though. Aside from that, I am pretty happy with how it is running Windows 8.1 – it was an absolute nut case to find all the drivers for the SZ but there were a few enthusiasts that did the hard work to make it run more or less smooth. I don’t have access to some features still like battery care in VAIO care, or the hot keys up top. I do have my Nvidia 7400 64 MG (!) GPU running though. That was an interesting one- I had forgotten about boosting video ram with the computer’s ram, as it had been some time since I had been concerned about available ram on a computer. With 4GB of ram (DDR2 so its much more expensive to update ram on this, being old and all), the available video ram is much higher and so it had plenty of guts to run most graphics stuff that I use (meaning YouTube). I have doubts that the hybrid graphics system works – it was supposed to switch between integrated and dedicated GPU (basically optimus before it was born), but it doesn’t switch the GPU light when I toggle Speed and Stamina. Oh well. I really don’t need Stamina these days anyways. Oh and the speakers on this are horrible, and typical Sony laptop speakers. No lows at all. Finally the screen on this is good, but nothing great. It uses a good Sony XBrite LCD that has nice viewing angles and clearly a step up above even modern LCDs on entry to mainstream laptops in 2015. The screen resolution is pretty meh to me, and I don’t think it was really great in 2006 either.

Conclusion- The VAIO SZ Carbon edition is a remarkable machine that can still be used 9 years later (!) in a modern office environment, as long as it has updated internals (primarily a SSD boot drive and more RAM). It’s primary strength its is design- it was ground breaking when it  was released back in 2006 and this has helped it maintain an image that doesn’t look out of place among today’s laptops. Its screen res is clearly lower than modern premium laptops, but I have been able to work around that just fine- and I quite like the 16:10 aspect ratio for documents especially. I just love love love the design on this- it feels like a CEO level laptop. It had plenty of power for a thin and light, both CPU and GPU wise, and they can easily handle modern office work in 2015.