Secret ingredients to all my recipes haha. I love Lee Kum Kee. Until I learn how to make my own sauces and marinades, this stuff is a god send. I did try to make my own Peking pork chop sauce the other day and it was aweful. I ruined the Lee Kum Kee sauce. 😦

I am really excited for the Hainanese chicken. Hopefully it turns out really well! I think it is very possible that I can make this one from scratch, so I will try this sauce first, and then its off to my own experimentation! 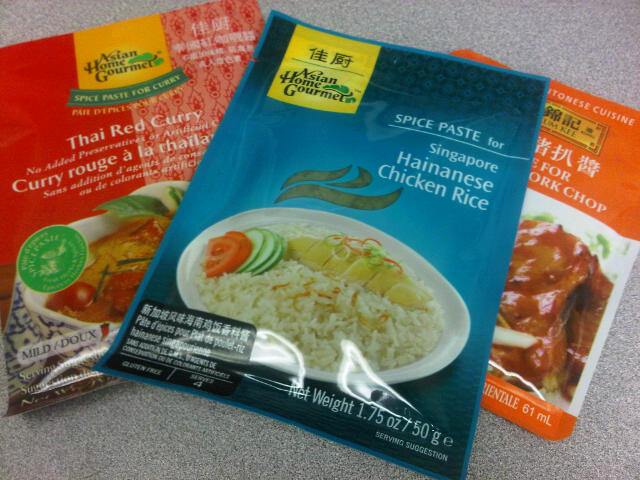 Had dinner at Tokyo Express with the fam last Friday. Some good food here, and not bad at all for an express Japanese restaurant as I had mentioned in the past.

Made some terriyaki chicken in the frying pan the other day. Took me an hour to cook the legs, but did it while washing dishes! Multi tasking FTW.

I was stupid and thought that M got really screwed over by the Uno game the other day, but turns out my buddies just wanted to screw him deliberately haha. Such a good card game!

Made a nice curry chicken on the weekend, enough to last me a good few meals for now. It was really good, and also probably really bad for me considering how much coconut milk was put in. 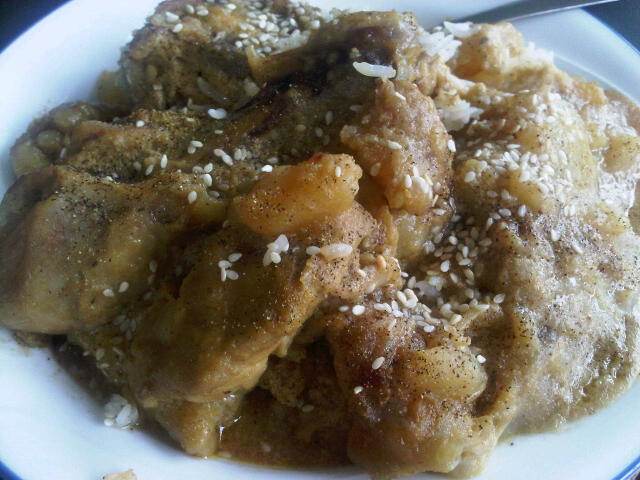 Here is the unwell Peking pork chop with too much of my own terrible sauce all over it. Oh well. Next time it will be better! To be honest, the breaded pork chop looked amazing by itself and didn’t need the sauce on top. It would have been great with just cornstarch, salt and pepper. 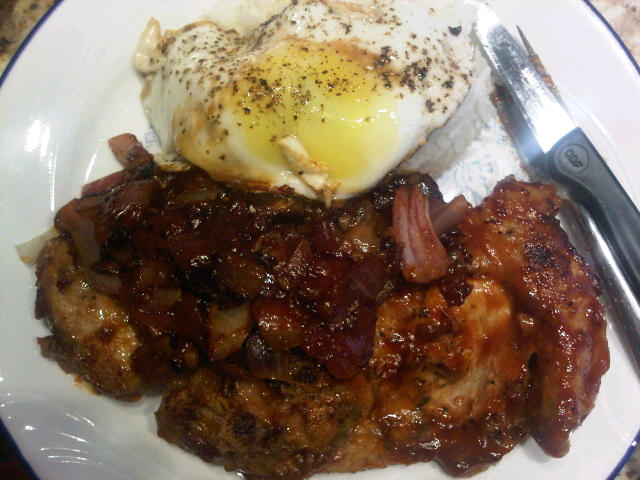 I have a rant about RIM that I will put out tm. In the meantime, its off to lala land for me!