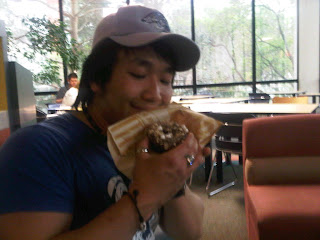 Lots of updates over the weekend. Forgot about blogging for a second and boom! Had all these pictures over the past few days. Here I am enjoying the new S’more donut from Tim Hortons in the CAB building. It sucked. Too dry. Too much promise. Too little enjoyment. 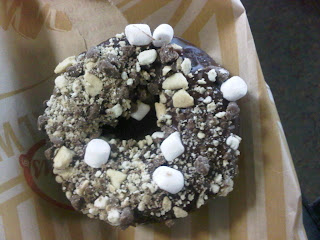 I think the only time I have liked one of these special donuts is when they had the Blueberry monster explosion party donut last year. It was so good. Blueberry jelly and icing. OMFG. But alas it is gone now. 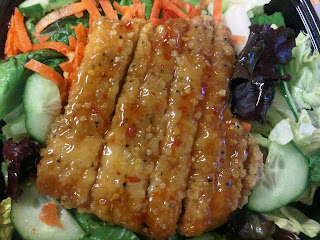 Some McDonald’s for lunch. The Thai chicken salad is unreal, they really made the effort to differentiate themselves from fast food by putting some quality salad ingredients. There’s little hint of plain jane iceberg lettuce. Lots of other tasty greens in it. Quite expensive for McDonald’s but much cheaper than what you would get for such a similar level of salad at say something like Earl’s. 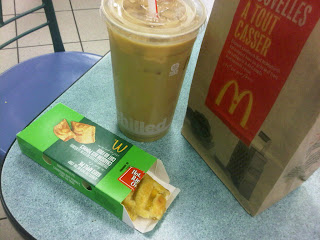 Little bit of an afternoon snack at McDonald’s in WEM with M. The peach pie is unreal. And summer long any size ice coffee. Yessss. It was funny when the elderly Chinese lady told the manager she didn’t want to fries and demanded her money back…after eating some fries. The manager looked like he was going to pull his hair out. 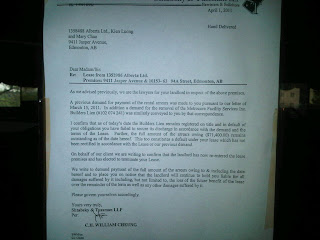 Looks like Mirama restaurant is no more! They didn’t pay the rent and had the place locked up by the lawyers. 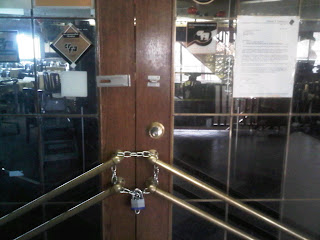 We were trying to get some Friday dindin here but this was awesome.

So in the end we went to Noodle Noodle, which turned out to be quite expensive (18-25 a dish). The restaurant was nice, but it was quite empty at night and right beside Hope Mission. You kind of just feel stupid eating there when its clear that you are super privileged. 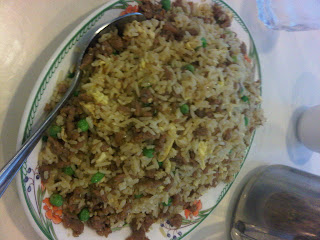 Some plain ld beef fried rice that I could have made. For 15 bucks. Not a good deal or dish. 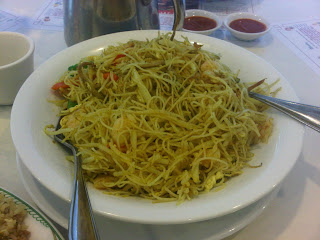 Some good old Singapore curry noodles. Yummy and fresh. But seventeen dollars. And not worth it. I liked the food here, but its not worth the price range at all.
K, who was more excited about all of this then us. This tilapia (btw which I hate, because it tastes way too much like ocean) was 25 bucks. Completely not worth it.

My dad definitely cooks just as well, if not better than this and this tilapia would have cost about ten bucks at Superstore. If it sounds like I am not impressed and bitter, its because I am.

The layout of the restaurant. As you can see, there’s nobody here. Not a good sign.

Played Hero Quest, a board game from the 1980s that K had kicking around. His buddies picked up a fairly mint copy off eBay and it was awesome. There’s a barbarian, dwarf, elf and wizard. I chose brute strength and M chose smarts/magic.

Actually a really awesome game. K was the dark overlord managing all the badguys and trying to kill us as we tried to fulfill the quest to kill the gargoyle.

I really liked this game! Can’t wait to do more quests next week.

Went for yum cha with the folks at Jumbo restaurant. Pretty good, and only 40 bucks for four! Love the price and the food. The top right one was beefy and yummy.

Some favorites: chicken feet, su mai and ha gow. A different kind of ha gow though.

Checked my blood pressure and came off as optimal! Yes! I was normal last year. I was really hoping to get my pressure in great, so here it is! I’m guessing most of this is from running and not lifting.

Found my very own building

Out for a run. And out to get more bites. Just when I was starting to heal. 😦

So peaceful in the River Valley. Love the weather here.

W sports the Nike+ and iPod vs. Adidas micoach and Blackberry for me. Truly rivals in companies.

Some stairs. And more bites as I slowed to walking/cool down.

So peaceful at dusk.

OMFG green onion cakes! Yay! So tasty! The Taiwan version is more flaky and pull apartable than the typical version in restaurants. So goood.

Trying to make butter chicken. With too much tomatoes. So it was really tomato chicken.

Still good! Burned a little on the bottom. Kind of annoying. But no burned taste at all. I almost flipped out when I saw the telltale signs of burnage.

Some more runs in the late afternoon.

Cloudy and almost rainy. Lots of humidity. Lots of sweat. Lots of bites.

I always wanted to walk on top of the bridge after hearing about J and T doing it. But I don’t really want to die yet so I think I will try that some other time.