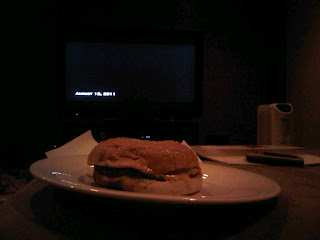 Chilling out with a Burger King Whopper with cheese and a movie at M’s house. This is easily one of the best burgers in fast food culture (haha I speak as if its some sort of delicacy). I love the Whopper. Its clean and tastes delicious. And just like old times, we spent Friday night bitching about the poor state of Alberta’s education system. 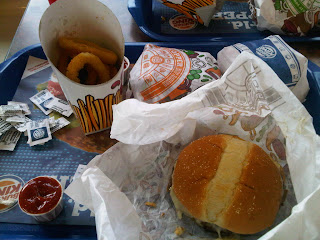 And here it is. The Cheat Friday is back! The Burger King “King Deal” is a fish fillet for 1.99 and it tastes like crap. Dry and no flavor. The BBQ Steakhouse something is exactly that. A something. It had no flavor like the onion rings and tasted absolutely bland and gross. This is not me hating fast food. This is me hating bad fast food that ruins my cheat day’s calories. And BK’s onion rings are terrible. This bus is crazy. I don’t know where it is going. 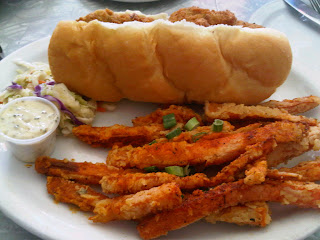 Went for lunch with W and our supervising psychologist at Dadeo’s. Haven’t been here in a really long time! The fried oyster Po’Boy is still damn good and the sweet potato fries were yummy. I had read that the restaurant had gone downhill lately but from what I can see, its still awesome! I didn’t know they had a lunch special for 8 bucks for all Po’Boys too! I thought that was only a monday tuesday deal. Our supervisor is super awesome and oversaw all of my counseling and assessment cases. It was a great lunch. 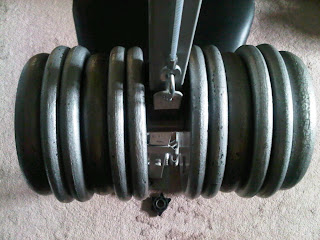 A little bit of lats workout at home. When I was at BK, this dad told his family to look at me and then he went over and said that he liked my body and asked if I went to the gym a lot. I looked at his wife and we sort of laughed sheepishly and then he asked if I was Jackie Chan’s cousin, which was kind of an atypical comment for all Chinese people. I felt pretty happy about that, especially with all my concerns with the fat I had gained in the last year. 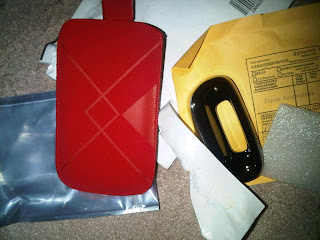 Guess what came in the mail from Hong Kong?! My 9700 charging cradle and case! So awesome! I love eBay! It was incredibly cheap. I am happy. 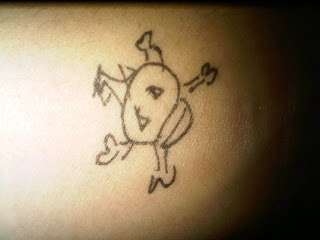 This was W’s weired death monkey she drew on my wrist when I said something stupid. I forgot what I said. I always say stupid things so I don’t really remember all of them. She was trying to say she was going to destroy me and leave me for dead with a skull and crossbones, but then she drew a monkey head and than her mean intentions lost much meaning. Haha.