Picked up some Timmies the other day for lunch because I was absolutely starving. French onion soup and the turkey bacon club. Yum! 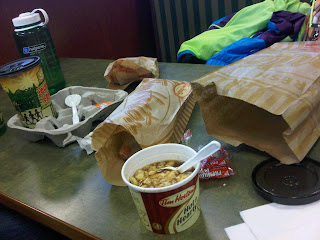 After a great workout and finding W in the bleachers. 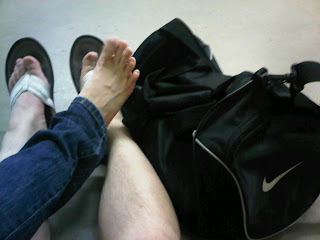 The gym where I wrote so many undergraduate final exams. This place reminds me of my Biology 207 Genetics exam that just tore a strip off my self-esteem. I wanted to go in this gym and do a mental “HA! You don’t scare me anymore exam room!” but all I did was remember how much test anxiety I had. 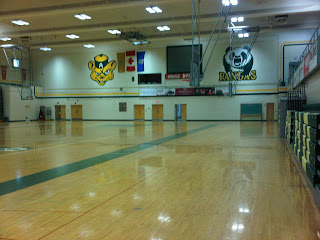 Doing a set of stairs after the gym. Its nice to throw in a little cardio at the end without worrying about time and just getting the distance done. Very pleasant to run! 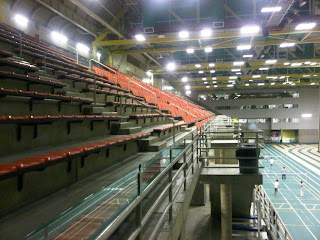 Its bicep day. At the EZ-Curl bar station. This felt great. I remember big R getting some weird arm rash from this, probably because the arm pits of a million gym rats are all over the station, so I really wiped it down. 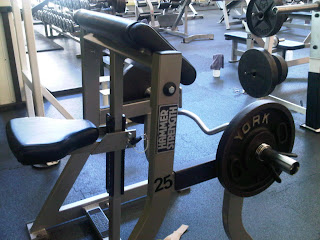 Snapshot of the gym. Hitting some standing curls followed immediately by chinups. I forgot what its called, but the chinup type really throws a curve ball to the biceps. Its nice. 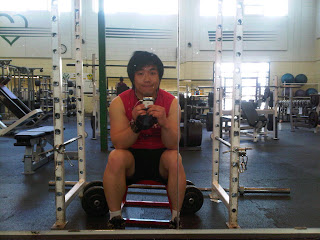 Kind of sad that I am down 10lbs for curls to 45lbs, but I am throwing in other exercises for semi-circuit training. I remember when I was trying to train for the rumored Bruce Lee 75lb standing curl. Oh well. That’s probably not going to happen. 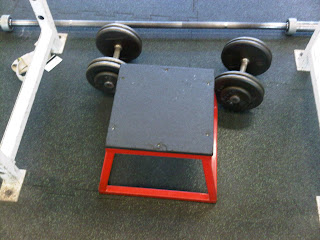 The escalators that I love so much. I should probably take the stairs, but I like taking the escalator for the quiet 20 seconds in the morning where I don’t need to hustle and bustle with all the other commuters. nobody sees this one because its hidden by a wall of concrete to the right, so its never busy. 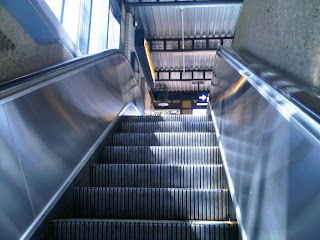