Headed out for a debrief of a psychological assessment with one of my client’s parents today and ended up with a 2 for 1 Badass Jack’s Subs and Wraps coupon lunch. Its actually pretty tasty and fresh, which is something that I can’t really say for their Asian boxes, which mostly taste bland and like pooptastic. Pepsi MAX is still gross and overall I can’t say I am a fan of pop anymore. Really don’t care much for it, unless its orange pop, to which my mind readily relishes its yumminess. 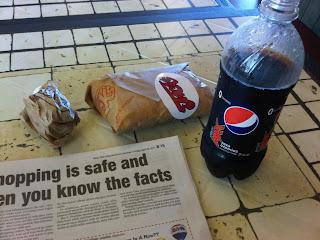 Early morning at the LRT station with plenty of rain and last minute report reading. A fairly smooth morning overall. Shame for the wind and rain today. 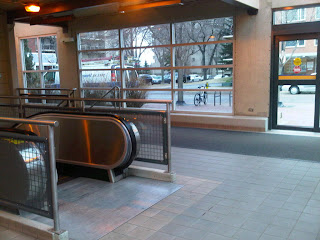 Image courtesy of Engadget. The Blackberry Bold 9900 was officially announced yesterday and it is officially my dream phone. The rumors were true about the stainless steel trim and glass casing, very reminiscent of one of my favorite designs, the iPhone 4. Great screen resolution, a long awaited CPU increase to 1.2 GHz, more RAM, and the touchscreen added on itself. The side application button is now missing, taken away in the final model despite having it in the pre-release shots. Its too bad, I love using that button and mapping it for music, and its kind of silly that RIM took it away like they did on the Torch because it might be too confusing for people. Right. Like taking away all the buttons on that terrible iPod shuffle that nobody bought, that lead to Apple bringing back buttons on the next generation. Anyways, super excited and definitely saving up for this bad boy.