Went for a run out in the River Valley today after a quite productive day. Renewed my application as an RA for next year, applied for a bunch of jobs and debriefed a parent. Below is just under the high Level Bridge 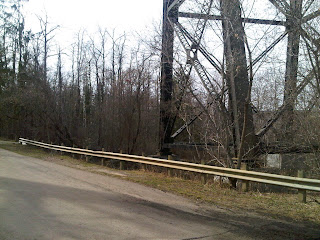 A little trail that I have never taken for a run in. I went here with my Entomology 427 class to collect specimens back in the day with one of my fave profs, Dr. Sperling. 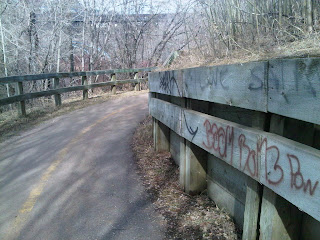 Remnants of my honors thesis still on the ground more than 3 years later. I never did use this mulch up. Mostly because my specimens died in the River Valley. 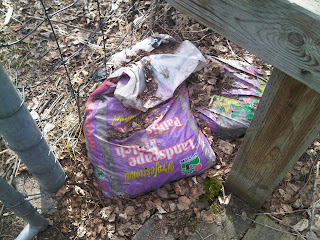 Went for a little run down the stairways that eventually leads to the area where I held my experiment in. The fence locking this research area has been cut wide open and probably holds more than a few parties or drunken adventures based on the number of beer cans I find. Its mostly a shabby place now and I decided not to run to the bottom, given that the stairs were well on their way to a mostly rotten state. 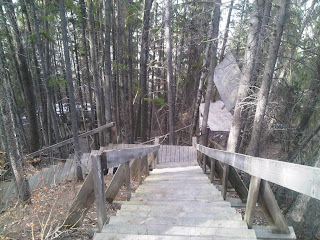 Another view of the High Level Bridge. 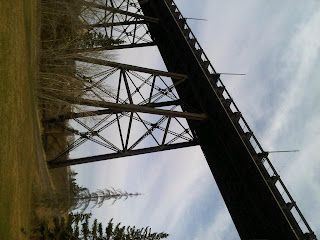 A great view of the River Valley from the south end. Really am finding a great appreciation for its beauty. 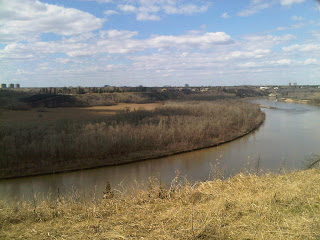 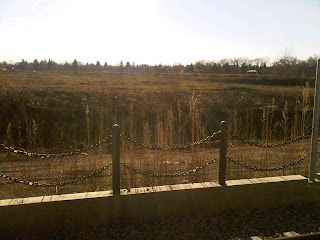