Awesome! Just found out with Salling Media Sync, not only can I connect my Nokia N800 Tablet running OS Maemo 2008 to my Mac,but I can also sync my playlists! Unreal! This all spawned because of syncing W’s Nokia N95 8GB and now I synced all my old Nokias. Some of them wouldn’t read my playlists, like my E62, but it was a super fun process! I also tried to update my sister’s old Nokia E71, but it was already at its latest firmware, and so all of its problems were because it was a piece of crap. Its been pretty cool, and I’ve been chilling with my Shures and the Nokia for the past few hours. 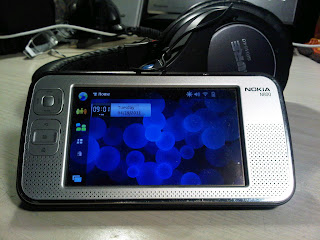 Its super easy to sync it too. It recognizes the N800’s dual SD card slots (so crazy thinking about memory card slots) and its just a click away. The Canola media player recognizes all the playlists and its been great. I installed Opera Mobile 10 on the N800 and now its up to speed. So cool.

We celebrated the end of our exam with some good old Korean food. This was the spicy pork dish, and it was pretty good. Sweet and spicy. I drunk a lot of water. W had a spicy soup and she took my water. 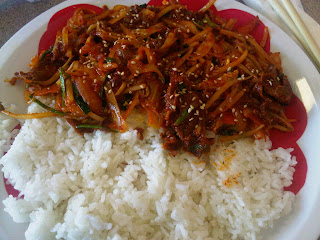