W cooked up one of my favourite dishes, rice cakes with preserved veggies and beef. Salty and greasy. Yummy! 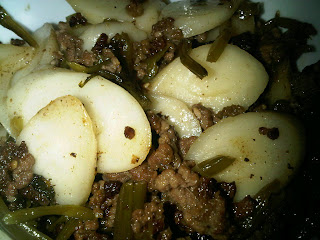 So last night I totally bypassed blogging because the embargo for the Blackberry Playbook was lifted last night. I spent a feverish two hrs burning through review after review from Crackberry, Engadget, Gizmodo, Anandtech, Wall Street Journal and many others and ultimately came out disappointed. It wasnt that the Playbook wasn’t terrible. It was just that it was average. It had some great features, but also had some poor features. It wasn’t as bad as the Storm Gen 1 reviews, but it certainly didn’t impress anyone. Even the diehard BB site Crackberry felt that it was unpolished and clearly not ready to go yet. Coupled with the annoying “Low Memory. Closing applications” warnings that I get on BB OS 6 on my 9700 (which I understand because OS 6 wasn’t meant for the 9700, but this is brand new hardware and the Playbook should not be having this!) amongst other things, and ultimately I am not convinced its a must have device.

(image courtesy of crackberry.com) I really wanted to like it. I wanted to have a great companion to my BB and be able to do even more with my technology than I am now. Currently I am having a blast with my 9700 and OS6, and was hoping for the QNX operating system to be awesome. Its too bad. I hope the software updates will kick the tablet up a notch and really bring it home. As of right now, the iPad 2 is looking to be the most well rounded tablet available. Its a shame because it looks like the Playbook/Blackberry integration is pretty good.

On a happier note, W is making delicious Pillsbury cinnamon rolls. So yummy and exciting! 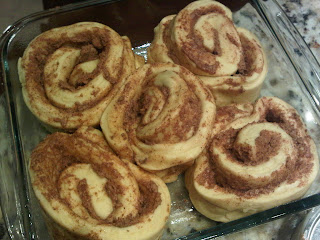