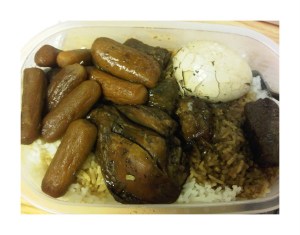 My router is acting like a total beeyotch today, deciding randomly which computers on its network it will allow internet access too. Wonderful. My desktop is currently undergoing serious virus and spyware scanning and I am not sure if the Mac is all too safe myself. Sure it might not be able to run the virus, but if its carrying it, and it can transmit to other computers networked with it…then yeah lots of fun.
I am pretty excited about updating my desktop, I believe it will come in handy next year- I plan at least on upgrading the XP license to the Windows 7 ultimate steal package for 39 bucks (student deal=awesome). I also want to do some tinkering underneath, namely the processor- I am looking for an i7 build, and perhaps an SSD. It will be a daunting task, given that I have little to no experience upgrading hardware, but I think it will be a great project. Given the speediness of my Mac, and its relatively poor hardware specs- try last year’s processors and an antiquated 5,400 RPM harddrive (really it makes me feel like a dumb ass and a sheep for buying it- if not for its saving grace of Mac OSX, multi-touch trackpad, battery life and build quality), and how its putting paces around my desktop, I think the three year old beast can get some nice facelifting action next year, putting it at 4 years of hard work as one of my best electronic buddies ever.
I went for a run tonight and it was really nice. The weather started to warm up after a sluggishly cold rainy afternoon, and by night, my beaded sweat was mixing with a slight drizzle. I was quite enamoured with it. I also really enjoyed my new office today, I finally have my own private place on campus, and although its nothing special, its nice to have a little home away from home, although these days that really looking like W’s digs.
My soy sauce chicken was friggin dynamite this afternoon, after adding more brown sugar and boiling/simmering it all night. The sauce really filled in nicely and it was unreal fantastic- the carrots on the other hand were disgusting and clearly soaked in marinade and salt. I feel bad, W absolutely hates salt and well, there was only meat and rice left. My soy sauce tea eggs tasted relatively bland, I think they needed way more marinating and simmering. I also totally peaced my lunch container and smashed the Rubbermaid lid (didn’t think they shattered, or maybe thats just the dollar store knockoff brand) when I dropped our packed lunch during my omgIamgoingtomissthebus rush.
I am off to bed with my trusty Shure SRH840s (missed ya guys!). I need to get up early for my morning run before class.